ENG Vs IND, 3rd Test, Live Streaming: When And Where To Watch England-India Cricket Match 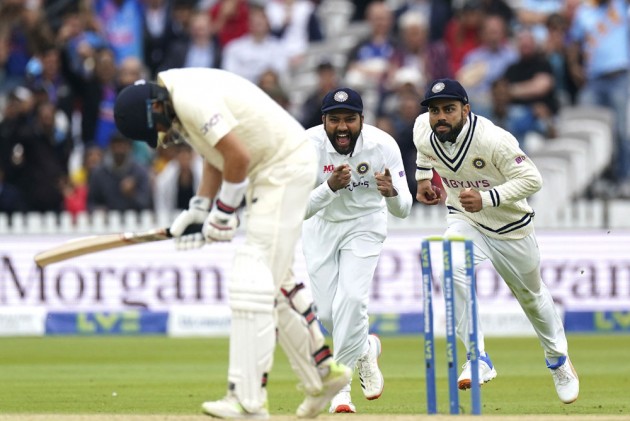 India are on a high after the emphatic 151-run win at Lord's in the second Test. A win in the third Test will give Virat Kohli & Co an unassailable 2-0 lead in the five-match series and also crucial ICC World Test Championship points. Truth be told, India were on course for a win the series opener at Trent Bridge, Nottingham too. But rain played spoilsport on the final day. (More Cricket News)

Now, the focus shifts to Leeds. The last time they played a Test match at Headingly in 2002, India won by an innings and 46 runs with the trio of Rahul Dravid (148), Sachin Tendulkar (193) and Sourav Ganguly (128) hitting centuries in the first innings.

India's first innings total of 628 runs proved too daunting for England as they managed 273 and 309 in reply. Anil Kumble and Harbhajan Singh took seven and four wickets in the match as the Indian spin duo wreaked havoc after pacers Zaheer Khan and Ajit Agarkar provided early breakthrough in both innings.

If they repeat that feat, India stand a chance to register their fourth series win in England in 19 tours. And why not, India have every chance to do that against a side that can be best described as disoriented.

The win at Lord's was only the eighth and third at the spiritual home of cricket for India. But India are on a five-match unbeaten run against England, winning four and drawing one.

However, England still lead the overall head-to-head record 48-30 in 128 meetings.

At the venue, India have a 2-3 record in six matches. One match ended in a draw. In fact, India are undefeated at Headingley since their six-wicket defeat in 1967.

But England have fond memories here. In 2019, Ben Stokes pulled off a heist of sorts against Australia. Sadly for the hosts, the star all-rounder is unavailable now.

Across the five match days, the temperature will range from 18 to 21 degrees. But there is rain forecast on the final day.

Playing XIs in the second Test