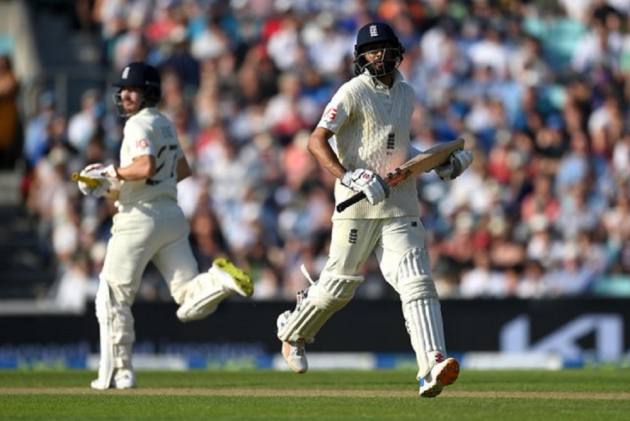 England all-rounder Chris Woakes on Sunday said his team can chase down a record target of 368 runs in the fourth Test as the pitch remains good for batting.  Day 4 Highlights | Scorecard | News

At stumps on the penultimate day, England were 77 for no loss with Haseeb Hameed (43*) and Rory Burns (31*) in the middle.

"It's been a great Test to be a part of. Obviously it was on fast forward on day one and two but the  last two days have been real hard work of Test cricket.

"We have spent a lot of time on the field but to be none down at close was quality batting, credit to them. It will be a big day tomorrow," Woakes told reporters after the day's play.

They still need 291 runs more to win and the comeback man Woakes, who had a match haul of seven wickets and a gritty 55, said they have the belief to do it.

"291 on a day five pitch sounds like a tough ask but we got to keep reminding ourselves that this pitch is still good for batting and we can do it if we bat all the way down.

"We feel it's a good enough wicket to be able to chase that score. We certainly got the belief that we can go in and get to win, a lot of hard work still needs to be done," Woakes, who made a Test return after more than a year, said.

England's highest successful chases at home has been the Ashes-saving Headingley Test in 2019 when Ben Stokes' 135 not out led them to 362/9 for a thrilling one-wicket win.

Then last year, set a stiff 277 by Pakistan, England won by three wickets with Woakes seeing them home with an 84 not out.

"I think we can draw on those experiences, look on what we have done in the past and what we're capable of as a team. It's just a matter of believing and execute. Hopefully we can do that tomorrow.

"This team has done some special things over the last few years in different formats. These are the times where you want to be a part of it on a day five chase and try to do something special as a team, it's a great place to be in."

Woakes further said it's been hard for the fast bowlers with the pitch getting better by the day.

"Obviously, we all bowled 45+ overs. We had to slam every ball on the pitch to get something. There are a few sore bodies in the dressing room. Hopefully we'll be able to recover tomorrow. I'm sure it will be fine," he concluded.