Play on Day 2 of Oval Test in London between England and India was stopped briefly after 'Jarvo 69' arrived in the centre to deliver an imaginary ball to Ollie Pope. Here's the video 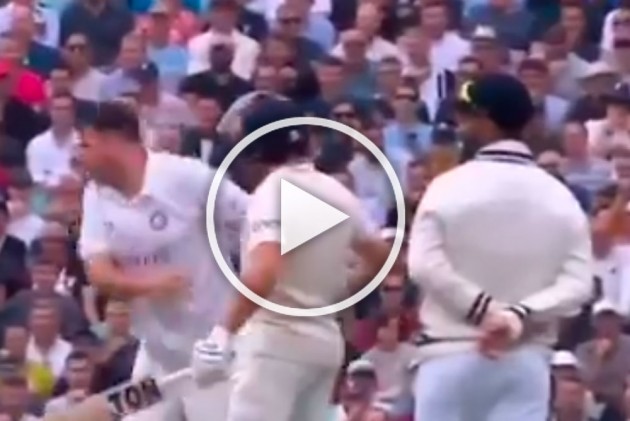 History will remember him as arguably the biggest non-Indian Indian fan. He's done it all, from helping Virat Kohli set the field to coming out in batting gears to arrest India's batting slump.

And on Friday, as England and India fight it out to take a 2-1 lead in the five-match Test series, Daniel Jarvis, aka Jarvo 69, arrived at the Oval to break the Jonny Bairstow-Ollie Pope stand which was starting to torment the visitors.

As seen in the video, the 'pacer' also tried to take out Bairstow, who was at the non-striker's end. Not to be taken likely.

Jarvis is a YouTuber of some repute. He was seen invading the pitch during the Headingly and Lord's Tests too.

Earlier, reports claimed that he will be banned for life on charges of security breach at Headingley. But as it turned it, he's only starting.

At Lunch, England were 139/5 (42), still trailing India by 52 runs. Bairstow and Pope were unbeaten on 34 and 38 runs respectively, and they have added 77 runs for the sixth wicket.