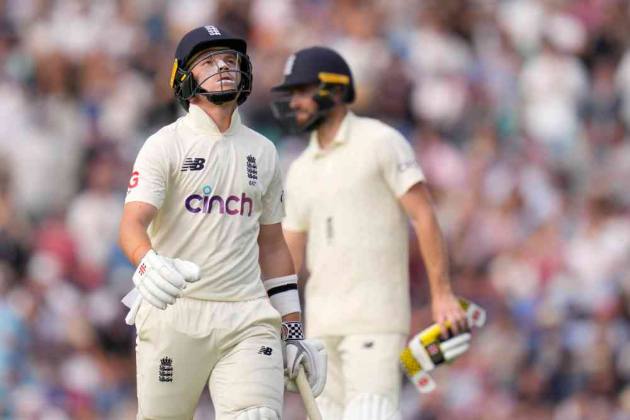 Middle-order batsman Ollie Pope, who top-scored for England in his comeback Test, reckoned that they may have to slog hard to get wickets on a pitch that has much less assistance compared to first day when they dismissed India for a paltry 191. Highlights | Scorecard | News

Returning to the playing XI after being benched during the first three Tests, Pope made a gritty 81 at his Surrey home ground and stitched two crucial fifty-plus partnerships with Jonny Bairstow and Moeen Ali as England were all out for 290.

In reply, Rohit Sharma and K L Rahul fended off 16 testing overs to be 43 for no loss, curtailing the deficit by 56 runs.

"The pace of the game would probably change a little bit now. With that ball softer and the outfield quick enough, we might toil a bit longer for wickets. Hopefully, we can go and get the rewards," the 23-year-old told reporters after day two's play.

Pope revealed that his change in stance by moving back from the middle a little bit helped him negotiate the Indian bowlers well.

"To be honest, I watched the way Root played this series and had some good conversation with the coach and some senior players. I've recognised the Indian attack is very skillful and they attack the knee roll. As a batter, you have to adapt and accordingly a couple of weeks ago I made the decision."

"I really enjoyed it, first Test as well at my home ground so it was a special, special occasion for me. I trusted my game and defence and was happy to have contributed and put the side in a decent position," he said.