Rohit scored a near chanceless 127, his first overseas hundred that put India in a good position against England in the fourth Test 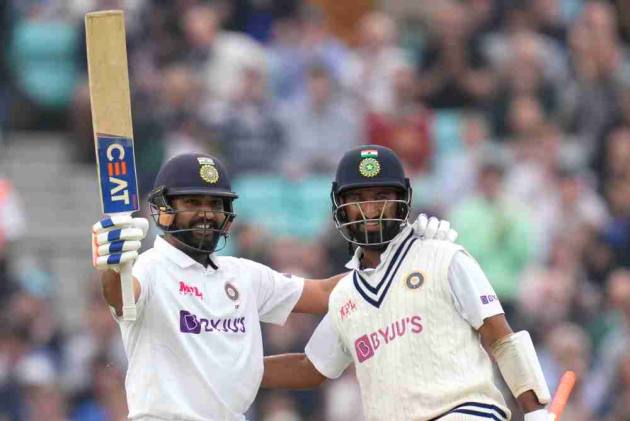 Rohit Sharma on Saturday admitted that deciding to open in Test matches back in 2019 was one of his biggest decisions he took as a cricketer because he knew that it was going to be his "last chance" in red ball cricket. Day 3 Highlights | Scorecard | Cricket News

Rohit on Saturday scored a near chanceless 127, his first overseas hundred that put India in a good position against England in the fourth Test.

Asked if giving the green light to the team management about batting at the top of the order was the biggest risk that he took, the elegant Mumbaikar nodded in approval.

"You could say so in the hindsight," Rohit said at the end of the third day's play.

"In the back of my mind, I knew this was my last chance as well trying another position in the batting order," he said after scoring his eighth Test hundred and fifth as an opener.

"When the offer came to me, I was very much aware of it as there were talks within the management about opening the innings at some stage. Mentally, I was ready to take up the challenge and see how I can do well up the order," he said.

He was aware that there won't be too many chances as his stint as a middle-order batter didn't go exactly well.

"I know I batted in middle order and things didn't go as per the way I wanted it to and I knew this was my last opportunity to try out and you know management is thinking whatever I want to try," he stated.

However sport is about taking chances that comes one's way.

He did say that the team management had told him that he will get a long rope.

"That (about it being his last opportunity) was my feeling. I don't know about others because the team management told me that I will have a long run. But I wanted to think in a way that this is it. I have to make good use of the opportunity and for that I have to do whatever it takes," he said.

For Rohit, it is all about ticking the small boxes in pursuit of the bigger picture.

"I don't mind looking ugly at times as long as I can get the job done for the team. That is very crucial."