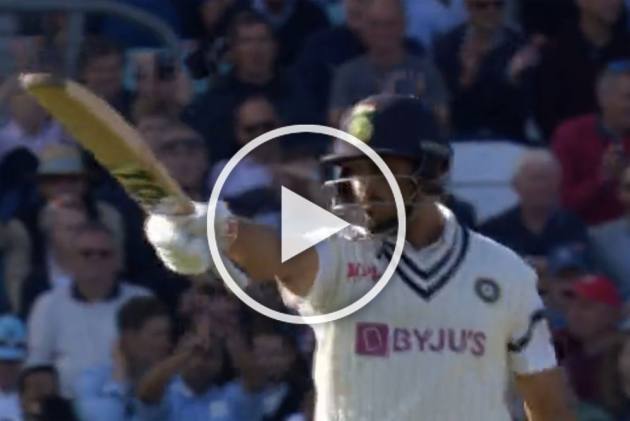 India were in familiar territory. Put into bat by England in the fourth Test at the Oval, London, the visitors found themselves seven down for 127 runs soon after tea with the last recognised batsman Rishabh Pant perishing for nine runs.

But what followed was a valiant batting show from Shardul Thakur. He raced to 31 off 21 as India crossed the 150-run mark in the 58th over.

More importantly, Thakur took the game to England with some fascinating shots, including this six, first for the Indian innings:

Thakur then hoisted Ollie Robinson for another six to reach his fifty in 31 balls. Watch it here:

Thakur departed after making 57 off 36 balls, trapped in front by Chris Woakes.

And despite fifties from skipper Virat Kohli (50 off 96) Thakur, India could manage only 191.