The gains at Lord's were squandered by India with batting debacles at Headingley, now Virat Kohli faces tough choice of picking the right team for the Oval Test 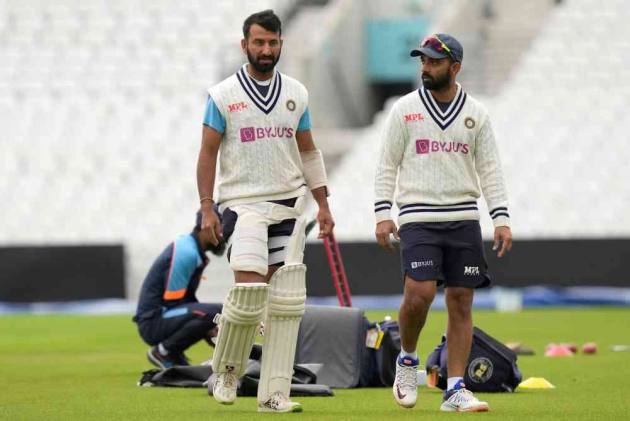 Vice-captain Ajinkya Rahane's wretched form and senior off-spinner Ravichandran Ashwin's probable inclusion will have the most significant impact on the Indian team's efforts to move on from its Leeds debacle when it takes on a stronger England in the fourth Test at the Oval starting Thursday. (Live Streaming | News)

The high of an inspirational victory at the Lord's was followed by back-to-back batting debacles at Headingley and the penultimate game at Oval would certainly have an impact on both sides as the series heads towards its business end.

Skipper Virat Kohli had said that a victory at Lord's didn't guarantee a win in the next Test and a defeat at Headingley doesn't mean that an encore would happen at the Oval with the series locked at 1-1.

Not the one to believe that outside noise (fans and experts) should be given much credence, the Indian captain, in his heart of hearts, knows that all is not well with his batting unit and the biggest problem is the performance of its three middle-order stalwarts -- the skipper himself, Cheteshwar Pujara and his deputy Rahane.

Pujara might have redeemed himself with a knock of 91 which was high on "intent quotient" but the same can't be said about Rahane, whose form is shaky despite a crucial 61 in the second innings at the Lord's.

In all likelihood, Rahane would get another chance but over the past two years, his inconsistency has hurt this team badly.

What many people have found baffling is that even a hundred at Melbourne or a fifty at the Lord's hasn't inspired confidence and he has never looked like getting back into some kind of form.

A total of 95 runs in five innings at an average of 19 is not an indicator of Rahane's qualities but a spunky strokeplayer like Suryakumar Yadav or an orthodox batter like Hanuma Vihari might bring in a bit of freshness in the middle-order.

If Rahane is dropped at all, then Vihari has a better chance of coming in as he also bowls off-spin.

However, skipper Kohli has shown that he can be dogmatic even if suggestions to contrary come from some of India's biggest cricketing legends including Sunil Gavaskar, who feels that playing an extra batsman might help them.

An exhibit of it is his decision of not compromising with the five-bowler theory despite batting failures save for openers Rohit Sharma and KL Rahul (who had a poor third Test).

Ravindra Jadeja in this series, with two wickets from three games, has played primarily as a No.7 batsman whose willow-wielding skills are considered to be far better than Ashwin, who is perhaps the world's best spinner at the moment.

The Oval track has traditionally helped spinners and therefore Ashwin, who had a six-wicket haul in a county game for Surrey (vs Somerset) might just bring in his 400 plus wicket experience to trouble the English batters who have been wary of him in the past.

But Kohli, whose fascination for four pacers is well documented, might want to replace an off-colour Ishant Sharma with Shardul Thakur, who is more of an all-rounder and it remains to be seen if Ashwin comes in place of Jadeja, who hasn't been penetrative enough.

Similarly, the skipper has indicated looking at the workload of Jasprit Bumrah and Mohammed Shami, both of whom have bowled over 100 overs in the series so far.

If their middle-order is a cause of concern, the other aspect that's bound to give them sleepless nights is the form of rival skipper Joe Root, who has already tallied over 500 runs in just three games with a hat-trick of hundreds.

If Ashwin gets a look-in, Root versus Ashwin will be a contest that a lot of cricket fans will be looking forward to.

For England, Dawid Malan, in his comeback match, was in good touch. Add to it, Mark Wood's blistering pace and Chris Woakes's incisive swing bowling and it is enough to ensure a bit of workload management for James Anderson.

Jonny Bairstow is expected to keep wickets as Jos Buttler has taken a break with his wife expecting their second child.

However, England have enough resources in their arsenal to trouble India.