England were all out for 290 with Oliie Pope making 81. In second innings India were 43/0 when stumps were drawn 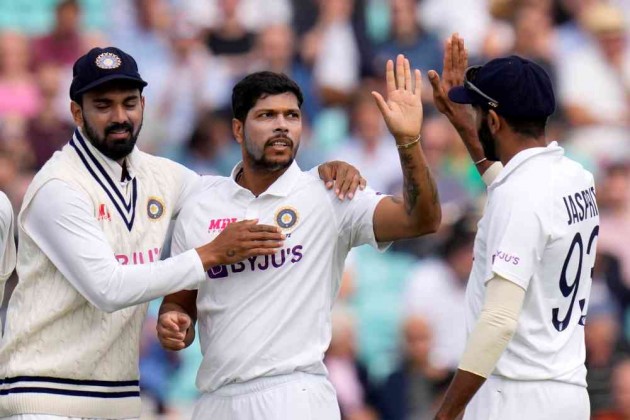 India pacer Umesh Yadav on Friday said that India would put up a good second innings score at The Oval and that the visitors were still in the game.  Highlights | Scores | News

"Definitely because, with the way wicket is playing now,” Umesh said at the virtual press conference, after the second day’s play of the fourth Test when asked whether India can make a game out of the current situation.

“The way our batsmen are batting, I feel they will do well and we will make a good score at this wicket,” added the 33-year-old pacer.

India were bundled out for 191 in their first innings. England in reply posted 290 as they rode on Oliie Pope’s 81 and Chris Woakes 50 for 99-run first innings lead. India were 43/0 when stumps were drawn.

Umesh also lamented that runs which were conceded in the middle-phase.

“The way we started our bowling, within 40 minutes, we took two wickets, after that we can say it was a drift down, as we conceded  40-45 runs in seven or eight overs, then the batsmen got the rhythm back and came in flow, they also came to know what is to be done.

"You are trying everything, but there is no support from the wicket and then after that after bowlers concede fours, batsmen are on the upper hand and they want to be dominate.

“I feel we made a mistake, the way we took wickets, we should have kept tight, but I feel a bit more runs were conceded in the middle phase, which shouldn’t have been the case."

Umesh, who is playing his first Test in nine months, said the support staff keeps all the players in rhythm and in the zone.

“I feel when you are a part of the team, the physios, trainers and bowling coach and support staff, know that anyone can play, so they keep you in that zone and make you work hard."