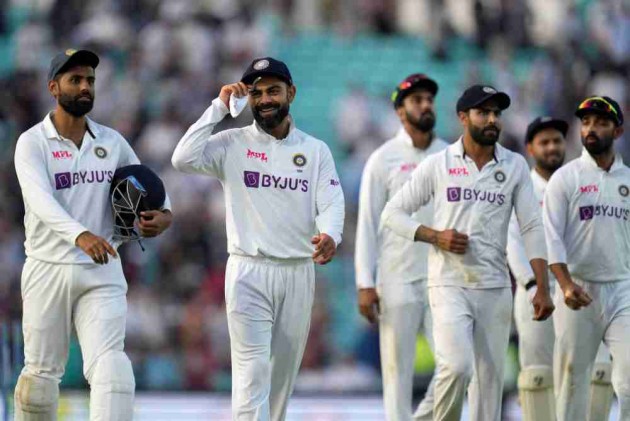 "Of course, we are missing them massively. Ravi Bhai (Ravi Shastri), B Arun and R Shridar, they have been extremely important part of this set up and they have done extremely well (in) the last five-six years and played a major role in the team doing well,” Rathour said after the end of day’s play.

India were in a commanding position after scoring 466 in the second essay, courtesy a memorable hundred by Rohit Sharma and equally important knocks by Cheteshwar Pujara, Shardul Thakur and Rishabh Pant.

"But this is what it is. That’s the fact that they are not here. So, it was in the morning, I think, a bit of a distraction, we had a word, we spoke, (and) decided that we need to focus on what is in hand, which is cricket," said Rathour.

"There was a potential that we can (be) distracted from the situation that happened last night, but a lot of credit goes to the boys, the way they handled themselves and the way we played as a team,” added Rathour.

The batting coach also revealed that Shastri felt a bit of discomfort on Saturday after which the test was conducted.

"I would not know the exact time, but it was last night around 8 in the night. He was having little bit of discomfort yesterday, so the medical team decided to go for a lateral-pro test and it came positive and that is when we heard that he is positive and I think, the close contacts were identified and isolated, so we will wait for the medical team oin when they can join back,” he added.