The wicket at The Oval aided the pacers early on before becoming a batting beauty. On day five, Indian bowlers still managed to get enough out of it for a famous win 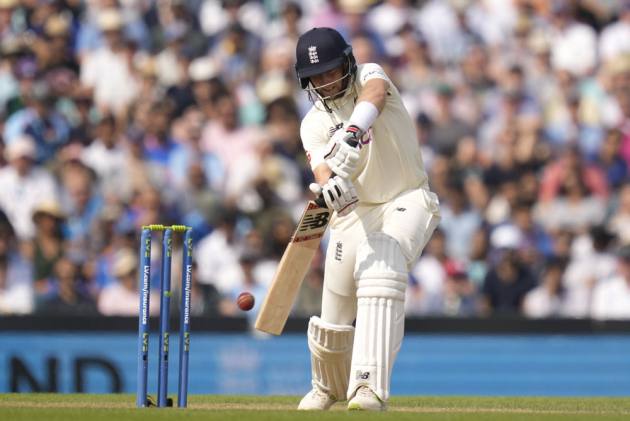 His team ended up on the losing side but England captain Joe Root believes that the pitch for the Oval Test against India was a "brilliant example" of a good Test track and he would like to see more of these during the home season and the county circuit. (More Cricket News)

England are having a forgettable summer at home, having lost to New Zealand in June and trailing India 1-2 in the ongoing five-match series.

The wicket at The Oval aided the pacers early on before becoming a batting beauty. On day five, Indian bowlers still managed to get enough out of it for a famous win.

"Home advantage is always going to be there. In this country at times with the weather, the amount of rain can disrupt how you prepare a pitch. But from my point of view I encourage just really good Test wickets," he said in an online press conference here.

"We should also be able to deal with the pressure of spinning wicket towards the back end of the Test match," he added.

Preparing a green top can also be counter-productive for England against a high quality India pace attack. Root has not seen the wicket for the fifth Test yet but he has gained a lot of knowledge on the conditions at Old Trafford by playing thrice last year.

"So, from our point of view, I just want English conditions. And hopefully that's what we get this week," Root said ahead of the game beginning Friday.

The skipper said the surface last week was the perfect advertisement for Test cricket and he wants more surfaces like that in county cricket.

"...ultimately it comes down to playing on good wickets. That's part of the challenge. It doesn't really matter what time of year you play. And you look at this last Test match, it is a brilliant example.

"You've got seam and swing in the first innings. It got very good for batting and throughout the middle phases again and then reverse swing came into it later on. I mean, it had been everything for everyone," he explained.

"That's the sort of thing that we should be mirroring in County Cricket so guys have have to deal with all aspects of the game. You should be able to deliver when conditions are in your favour, but also when it gets flat."

On a lighter note, Root hoped it was also the last time he saw self-proclaimed prankster Jarvo trespassing on to the cricket field having done so for the third time at The Oval.

He also confirmed that Jos Buttler will be back as vice-captain of the side after missing the last game and there is likely to be a toss up between Ollie Pope and Jonny Bairstow in the playing eleven.

The team management is also yet to decide on resting Ollie Robinson or James Anderson for the final game as they have done majority of bowling this series.

"It is a decision we will take over next couple of days. We'll make make sure that we feel very confident about their fitness and will ask them also (how they feel) when it comes down to selecting," said Root.

Asked if India have handled pressure better in the series, Root disagreed.

"Within this series, there have been half an hour periods of the game where we've not managed it as well as them and it's really cost us. Instead of 2-1 down we could have potentially been 3-0 up."

He also wants his batsmen to be greedy for big scores and is also seeking improvement in slip catching.

Jasprit Bumrah bowled a match-winning spell at The Oval but Root said his players are not wary of him as they have played him well in the Test that England won at Leeds.

"He bowled a brilliant spell. He is one of best fast bowlers in in the world. But we've also played him well a game earlier. And I think it's really important that we remember that as a batting group, we've we've had a good good success against him," he added.