ENG Vs IND: England Were Spooked By India And Virat Kohli Was All Over Them Like A Cheap Suit, Says David Lloyd 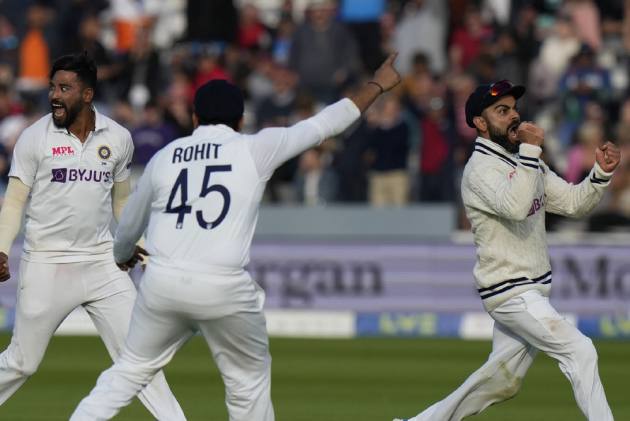 After India's win over England in the second Test at Lord's, celebrated broadcaster David Lloyd said that Joe Root & Co were 'spooked' and the visiting captain, Virat Kohli "was all over them." (More Cricket News)

“They were spooked by India in this Test and Virat Kohli was all over them like a cheap suit," the former England batsman told Daily Mail in a scathing remark.

Despite a fine century from opener KL Rahul, India played the chasing game for the majority of the match. Then, on the last day, Mohammed Shami and Jasprit Bumrah changed the course of the match with a thrilling, unbeaten stand of 89 runs in 120 balls for the ninth wicket as India declared at 298/8. The target for England was 272 runs.

The pair returned to removed the England openers to leave the hosts tottering at 1/2, then Mohammed Siraj cleaned up the tail with a four-four. The win was India's third at Lord's, after victories by five wickets in 1986 under Kapil Dev and by 95 runs in 2014 under MS Dhoni.

Reacting to the manner of the defeat, Lloyd added: "They couldn't cope. So now they have to roll their sleeves up and get stuck in".

“They will know that wasn't good enough and the coach will be telling them he expects a far better performance. Pick players with technique and then get right into India."

Lloyd also hailed Kohli and India head coach Ravi Shastri saying that they "knew they could get under England's skin. England were too meek and mild. They didn't have enough leaders to say: ''Right, we'll go right back at them."

But the 74-year-old said that England can hit back.

"England have definitely got it in them to hit back. They have to! But first, they have to pick the right team,” Lloyd added.

India lead the five-match series 1-0. The rain-affected series opener at Trent Bridge, Nottingham ended in a draw. The third Test at Headingly, Leeds is scheduled to start on August 25.

Meanwhile, England have made changes in the personnel for the third match. Dawid Malan, Mark Wood and Saqib Mahmood have been included in the 15-man squad. Dom Sibley, Zak Crawley and Jack Leach failed to make the cut.