Root, who failed to reach a half-century in his last five Tests, scored 64 in the first innings and hen 109 against India in the first Test 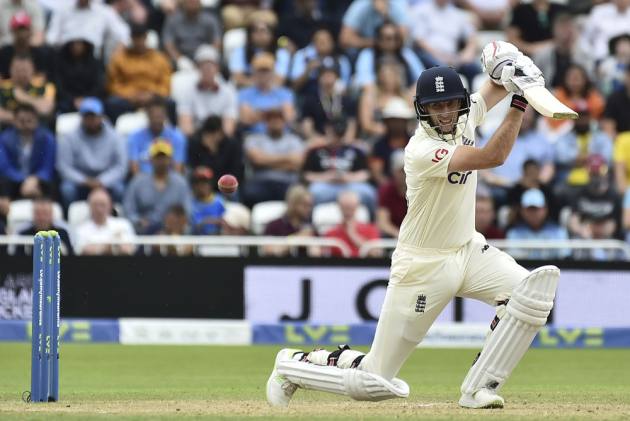 Skipper Joe Root said the ODI series against Sri Lanka helped him to regain his batting rhythm as he smashed a counter-attacking hundred to revive England's hopes in the opening Test against India in Nottingham. (More Cricket News)

Root, who failed to reach a half-century in his last five Tests, scored 64 in the first innings and then came up with a masterful 109 to help England put up a much-improved batting show in their second innings.

His 21st Test century helped England score 303 in 85.5 overs and secure a lead of 208 runs after being skittled out for 183 in the first innings.

"It felt pretty good to get a big score and get us into position to give us a chance of winning this Test," Root said in a virtual press-conference after the penultimate day's proceedings here.

"I've actually felt a real benefit from playing some white-ball cricket (in Sri Lanka)," he said referring to the series against Sri Lanka in June-July where he returned with unbeaten knocks of 68 and 79.

"It would be nice to have some red-ball cricket coming into this game but, from my point of view, playing 50-over cricket gave me some rhythm back in my batting."

Root said he is reaping dividends from a few technical changes that he brought in to play ODI cricket.

"More than anything, up from New Zealand (Lord's Test) I've changed a few things. I felt I got forward and back better," he said.

"I was standing a lot taller a lot earlier, picking my bat up a lot earlier, I feel like I've got rhythm back in my hands. I find 50-over cricket can be a massive help to my red-ball game."

Before the recent lean patch, Root had scored two double centuries in three matches, including the 218 in the Chennai Test as he became the first to surpass the 1,000-mark this calendar year. He now has 1,064 Test runs in 2021.

"I was probably a little bit too excited," Root said about his pumped-up celebration after scoring the century here.

"The five, 10 minutes leading into getting the hundred was a bit hairy as well, so there was probably a bit of relief," he said referring to surviving a couple of LBW calls while in the 90s.

"As always you'd want more runs to play with, there's no doubt about that, but you've seen throughout this whole game there's been times when clusters of wickets have fallen and the game's really flipped on its head."

In the middle, there were some exchanges between India pacer Mohammed Siraj and England batters, especially that of Sam Curran and Jonny Bairstow.

Dismissing them as "nice banter", Root said: "I had quite a nice conversation with him. He told me how well he was bowling and I agreed."

Root said it's been quite a rough patch with the team missing injured pace sensation Jofra Archer and talismanic allrounder Ben Stokes, who has taken an indefinite break from cricket to focus on mental wellbeing.

"In terms of my own form, it feels very good. I just want to keep it going," he concluded.