ENG vs IND: Injury Scare For India, Ishant Sharma Gets Stitches On His Right Hand 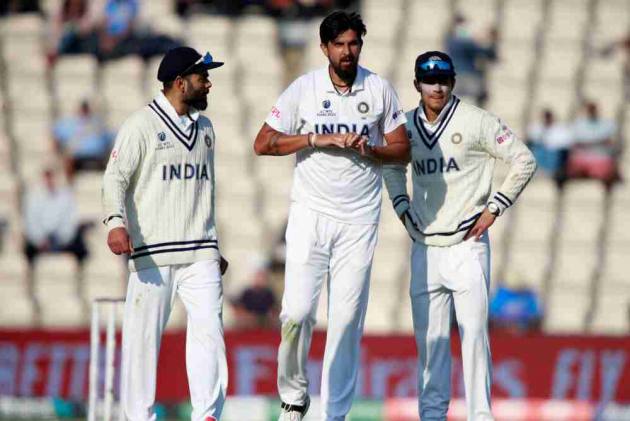 The gash Ishant Sharma sustained on his bowling hand required multiple stitches but the senior speedster is expected to recover before the five-Test series against England, starting August 4. (More Cricket News)

The senior pacer sustained the injury while trying to stop a drive off his own bowling in the New Zealand second innings during the World Test Championship Final, which India lost by eight wickets.

He was immediately taken off the field as he was bleeding profusely.

"Ishant has had multiple stitches on his middle and fourth finger in his right hand. However it is not very serious," a senior BCCI official told PTI on conditions of anonymity.

"The stitches will be off in around 10 days and with six weeks left for the first Test against England, he is expected to recover in time."

The Indian team on Thursday travelled to London from Southampton and will now disperse for three weeks.

"The squad travelled together to London. From here they can all leave for their respective destinations within UK for a 20 day break," the official said.

With most players having acquaintances in and around London, they are expected to be in the UK capital only.

"Some of them are tennis fans and if Wimbledon allows spectators, you might see them going for some of the show court matches. A few might be checking out if tickets for the Euro games at Wembley are available," the source said.

They will all assemble together in London on July 14 and then travel to Nottingham where the first Test will be played.