Anderson, a right-arm pacer, achieved the feat during the second day of the first test here, after he removed India skipper Virat Kohli on a zero. 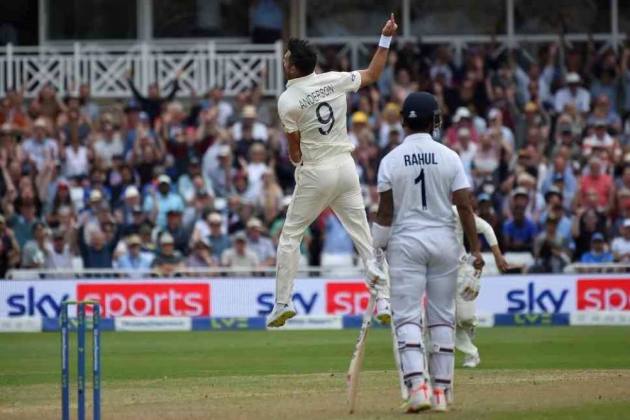 Anderson, a right-arm pacer, achieved the feat during the second day of the first test here, after he removed India skipper Virat Kohli on a zero.

Only former Sri Lankan spin great Muttiah Muralitharan with 800 Test scalps and former Australian leg-spinner Shane Warne with 708 wickets are now ahead of Jimmy Anderson, who is playing his 163rd Test, after making his debut way back in 2003.

For the record, Anderson is the most successful pacer in Tests, in terms of wickets.

Earlier in the day, Anderson first removed Cheteshwar Pujara and then accounted for Kohli, with whom he has had several memorable battles in the past.