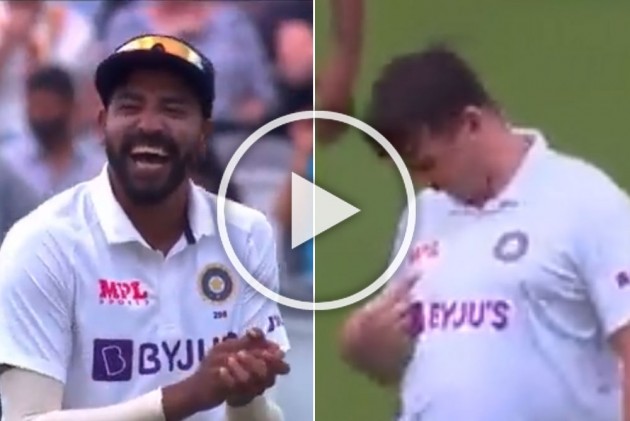 This will go down as one of the most hilarious moments in cricket history. A burly English fan, with 'Jarvo' printed on the back of his jersey, entered the field of play on Day 3 of the second test match between England and India at Lord's, London.

When the security officials intercepted, he pointed at the BCCI logo on his jersey and made gestures of trying to set the field for India, much to the amusement of Mohammed Siraj, who had a hearty laugh.

The security did get hold of him before he was ejected out of the venue. It couldn't be confirmed whether he was in an inebriated state considering beer is allowed in English and Australian grounds.

In another incident, bottle corks were hurled at India's first-innings centurion K L Rahul from the spectators stand during the pre-lunch session.