Suryakumar and Shaw, who were then playing the white-ball series in Sri Lanka, were added to the red-ball squad for the Test series against England 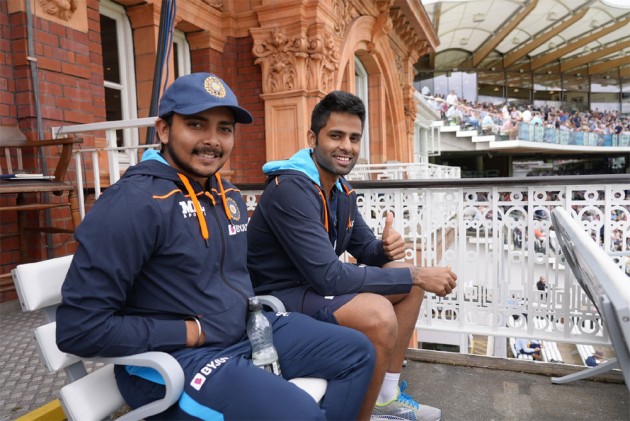 Young opener Prithvi Shaw and flamboyant batsman Suryakumar Yadav, who were included in the Test squad for the ongoing England tour, have joined the Indian team at the Lord's, London.

"Prithvi Shaw and Suryakumar Yadav have completed their quarantine period and have joined the team at Lord's," the BCCI's media team stated.

Earlier, on July 26, the BCCI had announced that Suryakumar and Shaw, who were then playing the white-ball series in Sri Lanka, were added to the red-ball squad for the Test series against England.

Bengal top-order batsman Abhimanyu Easwaran, who was earlier named as a stand-by for the England tour, was also added to the main India squad.

The BCCI made the replacements after opener Shubman Gill, all-rounder Washington Sundar and pacer Avesh Khan were forced out from the ongoing tour owing to injuries.

Suryakumar had got the player of the series award in the ODI series against Sri Lanka, which India won 2-1 in Colombo.