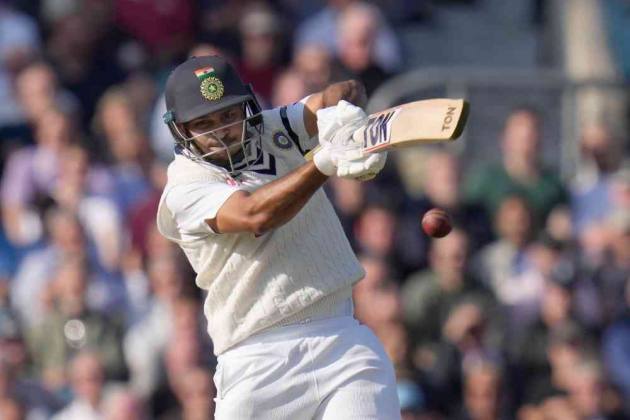 Shardul Thakur, who on Thursday pipped Ian Botham's record by hitting the fastest Test fifty on English soil, feels that when one is entrusted with responsibility, he has to "perform by hook or crook". DAY 1 REPORT | SCORECARD | NEWS | Day 1 Highlights

"You have to take responsibility whether you are a pacer or a batter. If you are playing for India, so whenever you get a chance you have to shoulder responsibility by hook or by crook," Shardul said after day's play when asked if the assignment of scoring runs every time adds to the pressure.

"For me, it was a challenge and whenever I get to bat, I have to create such an impact that it opens the door for my team's victory," the Mumbai all-rounder said having already hit a fifty in India's victory in Brisbane earlier this year.

In the Indian dressing room, he is referred to as 'Beefy' which is legendary Ian Botham's famous nickname.

"Pretty happy getting so much love from teammates that they want to call me by a certain nickname," he smiled.

He clarified that Ravindra Jadeja was sent up the order to keep the left-right combination going.

"Whether Rishabh goes or Jaddu goes, it doesn't really matter. We have seen Jadeja score crucial runs and bat patiently. It was just to use left right combo, we send him up the order," said Shardul.

The advice given to him by coaches was to play as straight as possible and he tried doing that.

The pull shot to get his fifty was according to him his "favourite" of the three sixes  and it helped that the ball swung less with no overhead clouds at the time when he batted.

The target is to restrict England to a low first innings score and take the game from thereon.

"If you look, our total (191) is not very high. We have an amazing opportunity to restrict them to low total and game will be neck and neck," he said.