With the game intriguingly poised, bad weather ruined Friday's play as England were unable to resume their first innings 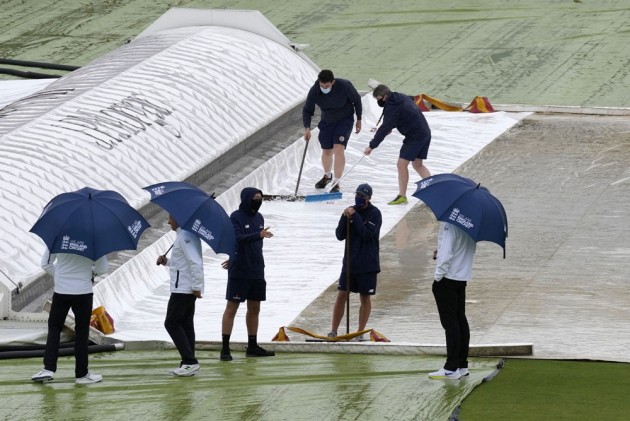 No play was possible on day three of the first Test between England and New Zealand at a soggy Lord's.

England had been due to resume on 111-2 in their first innings after bowling out the Black Caps for 378, only for persistent rainfall throughout Friday to make sure the players never made it out onto the field.

Saturday's action will be extended to try to make up some of the time lost with 98 overs now scheduled – weather permitting, of course.

Opener Rory Burns and captain Joe Root are the two not out batsmen for England, having reached stumps on the second day unbeaten on 59 and 42 respectively.

Their partnership of 93 had helped the hosts out of an early hole, Dom Sibley having departed for a duck at the start of the fourth over before Zak Crawley then fell soon after for two, leaving the score at 18-2.

Devon Conway had starred for New Zealand with the bat, the debutant becoming just the seventh player to register a double hundred on debut in Test cricket as he made exactly 200.

After Lord's, the teams will move on to Edgbaston to conclude the two-match series, though the Black Caps will remain in England as they take on India in the ICC Test Championship final later in June.