The England Vs New Zealand T20 World Cup 2021 semifinal in Abu Dhabi on Wednesday is going to be nothing short of a thriller. Here's a list of close encounters between the two teams. 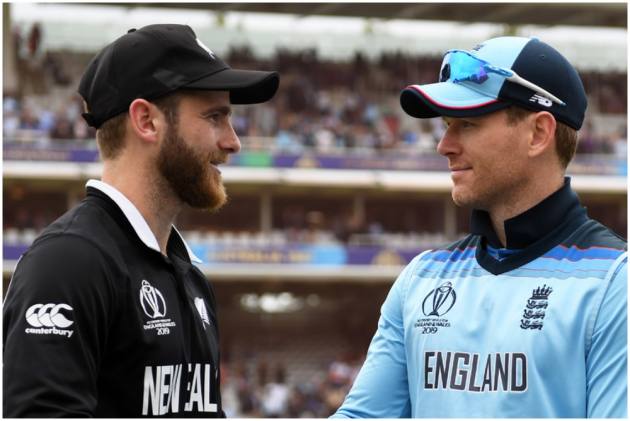 The wounds of the 2019 ICC World Cup (50 overs) final loss against England at the Lord’s are still fresh in every New Zealander’s heart. More than 800 days have passed since that controversial final, but for New Zealand, Wednesday's T20 World Cup 2021 semifinal against England in Abu Dhabi will be a grudge match of sorts.

Unlike June 14 afternoon of 2019, England won’t be having the services of Ben Stokes, Jason Roy and Jofra Archer. While Stokes and Archer aren’t a part of this current English T20 squad this time, Jason Roy pulled a hamstring in England’s only Super 12 loss against South Africa.

Tymal Mills' injury only added to England's woes. The absence of key players will not make England weak. Eoin Morgan's team has enough in its tank and is capable of looking Kane Williamson's New Zealand in the eye Wednesday evening.

ðÂÂÂÂÂÂ£ "They're still very much a very strong side who have been playing some really good cricket."

Despite injury concerns, Kane Williamson is not taking England lightly going into the first semi-final of the #T20WorldCup. https://t.co/D9YyuRHy5Y

England vs New Zealand will be a battle between two of the calmest minds in the game – Eoin Morgan and Kane Williamson. Unruffled by pressure, Morgan and Williamson hardly ever display their emotions on the ground. Effectively, their teams soak in pressure and respond better.

Like Close Encounters of Third Kind, the England-New Zealand rivalry in T20 cricket is nothing short of Steven Spielberg’s long-cherished 1977 project, where encounters between both sides is sure to give a thrilling end.

Statistically, New Zealand are relatively impressive in winning close matches as compared to England. The Kiwis have played England 21 times in T20 internationals winning seven and losing two. One game ended in a tie while the other was washed out.

While England have been at their dominant best in almost all the Super 12 games in the ongoing T20 World Cup, New Zealand started with a thrashing from Pakistan before winning four on the trot to secure their place in the last four. The Kiwis even survived a Scotland scare before prevailing it by 16 runs.

Keeping calm under pressure will be the key on Wednesday evening at the Sheikh Zayed Stadium in Abu Dhabi. While New Zealand will aim to add to their ICC World Test Championship title under Williamson, England eye their second ICC trophy in two years under Morgan.

Here are the five closest T20 encounters between England vs New Zealand:

Batting first, chips were down for New Zealand as the Daniel Vettori-led side were tottering at 31/4 inside the powerplay. However, a 60-run stand between Scott Styris and Craig McMillan revived the Kiwis. They eventually scored 164/9 in 20 overs. Chasing, England were off to a brilliant start, thanks to a Darren Maddy-Vikram Solanki 62-run opening wicket partnership. However, four quick wickets in the middle overs and three in the 18th over bowled by Shane Bond titled the game in New Zealand’s favour. NZ won by just five runs.

Sent into bat first, New Zealand were off to a rollicking start despite losing James Franklin in the fourth ball of the innings. Hamish Rutherford along with then skipper Brendon McCullum stitched 114 runs for the second wicket before the former was dismissed in the 12th over. That didn’t stop the Black Caps run flow as they posted a mammoth 201/4 in 20 overs. Chasing, Luke Wright’s 34-ball 52 kept England in the chase before the Three Lions fell five runs short.

Brendon McCullum lived up to his reputation as he whacked a Stuart Broad full toss in the final ball of the fifth over to take New Zealand past the Duckworth-Lewis target just before rain poured. Batting first in Chittagong, England rode useful contributions from Moeen Ali, Michael Lumb and Jos Buttler to post 172/6. In reply, New Zealand were 41/1 in 4.4 overs and needed one more run from the last two balls of Broad’s over to claim victory if rain became a damper. McCullum finished the game in style by charging down the pitch and hammering the ball over the bowler’s head for a maximum to secure a nine-run victory.

This game will be remembered for long. Playing in the sixth match, England rode Eoin Morgan’s unbeaten 80 and Dawid Malan’s 53 to post a mammoth 194/7. Chasing, Martin Guptill and Colin Munro led the Kiwi charge with half-centuries. Needing 12 runs off the final over, Mark Chapman hit a four in the fourth ball to bring the equation down to five runs from the final two deliveries. But Tom Curran helped England clinch a two-run victory.

Winning the toss, Brendon McCullum, Ross Taylor and Scott Styris provided useful contributions to post 149/6 for New Zealand. Requiring a little below eight runs per over, Michael Lumb and Eoin Morgan shone with the bat to set the platform for an England win. However, two quick wickets in the space of four runs gave New Zealand the upper hand but an 11-ball unbeaten 23 from Tim Bresnan saw England over the line with five balls remaining.