ENG Vs NZ, T20 World Cup Semis: Getting To Final Would Be Hell Of Achievement, Says Eoin Morgan

Injury-hit England face New Zealand in the first semifinal of the T20 World Cup in Abu Dhabi on Wednesday. To Indian viewers, live streaming of ENG vs NZ will be available from 7.30 PM IST. 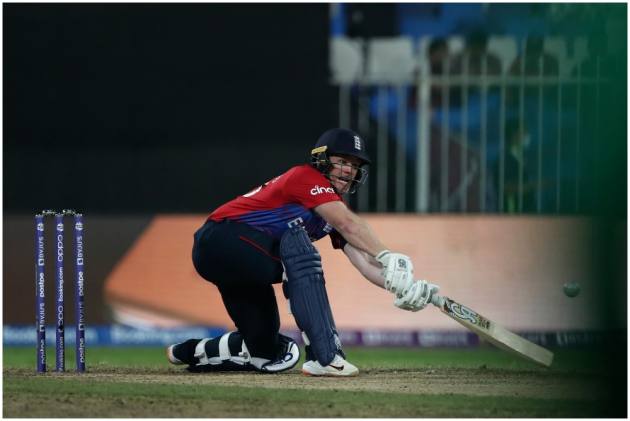 England are missing a number of their top players due to injuries and skipper Eoin Morgan feels it will be "hell of an achievement" if he can lead this team to the finals of the ICC T20 World Cup here. (More Cricket News)

England are without the services of star cricketers like Ben Stokes, Jofra Archer, and Sam Curran. Opener Jason Roy too was ruled out of the remainder of the tournament after suffering a calf injury during their last game against South Africa. (ENG vs NZ Preview)

"I think it would be a really strong representation of what the 50-over side have achieved since 2015," Morgan said when asked where would he rank a final appearance at the T20 World Cup among his white-ball achievements as England captain.

"I think we had a glimpse of that during our summer when we had to replace 15 players against Pakistan and they ended up beating Pakistan's strongest ODI team 3-0," Morgan said.

"...I think if we could achieve something like that it would be, yeah, quite close to, oh, you might only get to the final and lose, but getting to the final would be a hell of an achievement."

England face New Zealand in the first semifinal on Wednesday and even though the ODI world champions topped their group in the Super 12, Eoin Morgan doesn't feel they are the "strong favourites".

"I wouldn't say strong favourites. New Zealand have a full-strength squad. We've obviously been hampered with a lot of injuries throughout this tournament," said Morgan, who had led England to a runners-up finish in the 2016 edition.

Eoin Morgan said New Zealand have consistently reached the knockout stage of big tournaments over the years and it would be a big challenge to face them.

"We know how good New Zealand are. We know how consistent they've been over the last number of World Cups, not only the recent ones but you look further and beyond Kane's role as captain," he said.

"New Zealand have always been extremely competitive in and around semifinals and finals, consistently, for some time now. So we're looking forward to the challenge."

English cricket was rocked by a racism scandal when it emerged that former Yorkshire player Azeem Rafiq was a victim of racial harassment and bullying.

Eoin Morgan said the racism issue was as relevant as the team's playing successes and they "continued to chat" about it.

"We definitely don't shelter anything that's going on, particularly things as serious and as relevant to our squad as anything that we've ever done, really," he said.

"After winning 2019 World Cup and becoming a more formidable side with a bigger platform, that has allowed us to feel comfortable enough to tell our different stories...ultimately feel comfortable within our own skin to play great cricket on the field but also to be a really strong role model on the field."