New Zealand started T20 World Cup campaign with a loss to Pakistan before gaining momentum winning against the likes of India, Afghanistan, Scotland and Namibia. 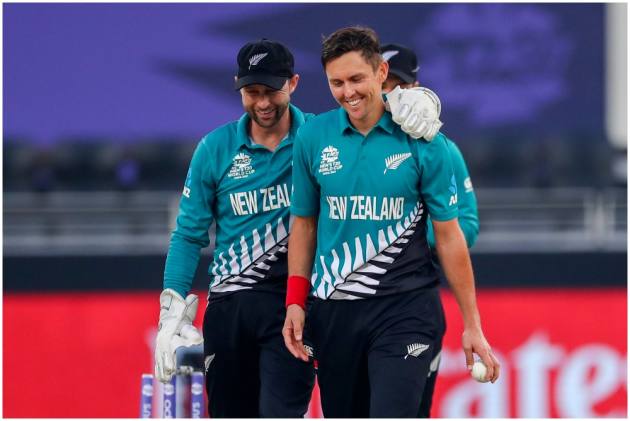 New Zealand pace spearhead Trent Boult is hopeful his team can cause a ‘big upset’ against a well-balanced England in the first semifinal of the T20 World Cup in Abu Dhabi on Wednesday. (More Cricket News)

England have been a sensational form in the ongoing tournament, registering dominant victories in the Super 12 stage before losing to South Africa in their final game. (ENG vs NZ Preview)

On the other hand, New Zealand's campaign started with a five-wicket loss to Pakistan before they gained momentum. The Black Caps are likely be considered underdogs for the semifinal against a strong English side.

“(England are) Full of match winners. They are a very well-balanced team and playing are some good white-ball cricket at the moment,” Boult said in a video posted by New Zealand Cricket.

“So let’s hope we can create a big upset. There has been a good history between both sides in white-ball cricket. So am sure there is a lot of people back home watching this with interest,” he added.

After the defeat to Pakistan, the Black Caps have put on a consistent show defeating India, Afghanistan, Scotland and Namibia to book a place in the last four.

Talking about carrying the momentum or starting again in the knockout stage, Boult said, “For me, it is starting again. We are against some classy opposition coming to the business end of the tournament,” he added.

The left-arm pacer feels the Black Caps have done well to read and adapt to the wickets quickly.

“And what has worked really with us currently is that guys worked together, try to be as accurate as they possibly can and they tried to I suppose read the wicket as quickly as can. Pushing forward that’s gonna be a big couple of things check for us.”

Talking about bowling in T20 cricket, Boult said clarity is vital. Boult also praised Adam Milne, who was drafted into the squad after Lockie Ferguson was ruled out of the showpiece owing to a calf tear.

“Disappointed to lose Lockie so early in the tournament but Adam has fit in seamlessly and been able to apply that pressure and adapt to the similar role.”