James Anderson returned with his 29th five-wicket haul (5-56) on Day 3 of the 3rd Test against Pakistan to achieve 598 wickets. Only Muttiah Muralitharan, Shane Warne and Anil Kumble have more 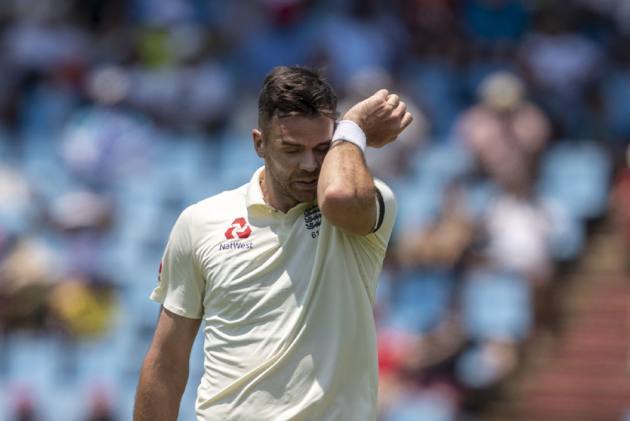 James Anderson is England's ‘Greatest of All Time’ (GOAT), said off-spinner Dom Bess after the veteran pacer closed in on an unprecedented 600 Test wickets with just two more to get in the Pakistan second innings. (More Cricket News)

Only Muttiah Muralitharan (800), Shane Warne (708) and Anil Kumble (619) have crossed the 600 wicket mark but no fast bowler has ever breached the mark which is a testimony to Anderson’s longevity in international cricket.

The 38-year-old Anderson returned with his 29th five-wicket haul (5-56) on day three of the ongoing third Test against Pakistan to achieve 598 wickets in red-ball cricket.

His exploits saw Pakistan being dismissed for 273 as England enforced a follow-on with the visitors still 310 runs behind.

"He's the GOAT (greatest of all time) isn't he? He's the GOAT of bowling and England's greatest," Bess was quoted as saying by Press Association.

"Myself, Dom Sibley, Ollie Pope and Zak Crawley have all grown up watching him play. It's phenomenal to stand there at point watching him nick people off and hit people on the shins, to watch him take as many poles as he does and do it so consistently."

Bess, who was just six years old when Anderson made his debut in 2003, said: "It's an amazing thing for an individual but I think when Jimmy does his business, he does it for the team.

"There was chat about his potential retirement (recently) and then he comes back and absolutely tears it up. That just shows how good he is."

England, who are leading the three-Test series 1-0, had declared their first innings at 583 for 8, courtesy a double hundred by Zak Crawley and a hundred by Jos Buttler.

After Pakistan's first innings ended, no more play was possible on day 3 as poor light once again saw early stumps.

Bess said: "Obviously, we all want to be playing cricket and we all want to get cricket on but I think there’s got to be a little bit more common sense as well, in terms of players' well-being," he said.

"It was really dark out there. Imagine if someone gets hit there and it is really serious? Say the number 10 or 11 gets hit by Jofra Archer because we are out there – what happens then?".

There has been a lot of debate on the issue of bad light, which has affected Test matches over the years, including the second Test against Pakistan.

Former skippers, including Naseer Hussain, wants the ICC to revisit its regulations related to bad light. There has also been suggestions of using pink balls to deal with the problem.