Joe Denly, who made his debut last year, averages 29.53 in 15 Tests and has failed to capitalise on good starts 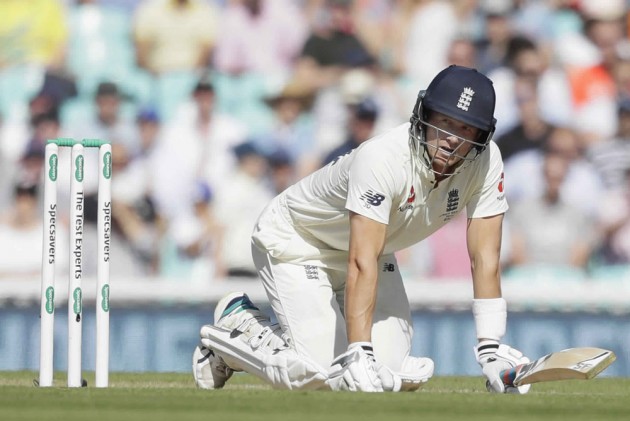 Axed from England's Test squad due to his poor show, England batsman Joe Denly says he went into "survival mode" after not being able to produce big scores and could have adopted a more "free-flowing" approach to his batting. (More Cricket News)

Denly, who made his debut last year, averages 29.53 in 15 Tests and has failed to capitalise on good starts. His highest score of 94 came against Australia in 2019.

He had scored just 18 and 29 in the opening Test against West Indies and was replaced by skipper Joe Root when he returned in the second Test after attending the birth of his child. He also missed out of the ODI series against Ireland after suffering a back spasm in training.

"As I played more games and those big scores weren't coming, I may have gone into survival mode as opposed to expressing myself and playing the way I know I can," he told Evening Standard.

"Looking back I could have been a bit more free-flowing and taken it to the bowlers a bit more. I probably got caught up in batting time, not scoring runs, and that built up a bit too much pressure on myself. Before you know it, you're back in the shed."

Denly said he was "absolutely gutted" after being dropped from the second and third Tests against the West Indies but says it was a "fair decision" triggered by his own failure to cement his place in England's top-order.

"Absolutely gutted, disappointed," he said about being left out of the Test side.

"But it was a fair decision. I had opportunities to get big scores and looking back that's the most frustrating thing.

"I haven't been able to capitalise and get three or four big hundreds and really make that No3 spot my own. I always felt comfortable, never out of my depth. It's frustration with myself."