Play was abandoned without a ball bowled on a wet Saturday in Manchester, but better weather is forecast for days four and five 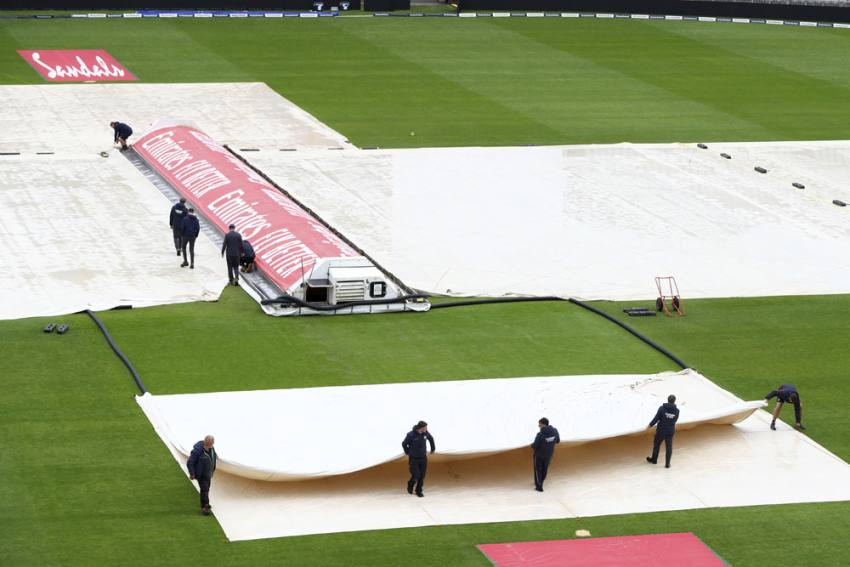 Groundsmen remove water from covers after the play is abandoned on the third day of the second cricket Test match between England and West Indies at Old Trafford in Manchester, England, Saturday, July 18, 2020
Michael Steele/Pool via AP
Omnisport July 18, 2020 00:00 IST ENG Vs WI, 2nd Test: Day Three At Old Trafford Washed Out 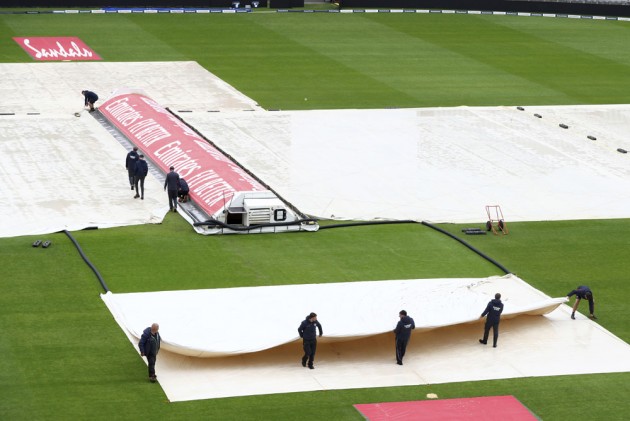 England were frustrated by rain as no play was possible on day three of the second Test against West Indies at Old Trafford. (More Cricket News)

Wet weather in Manchester prevented Joe Root's side from making further inroads after reducing the Windies to 32-1 in reply to 469-9 declared on Friday.

We will come back tomorrow hoping for better weather.

A more positive forecast for days four and five will give England hope they can still level the series, having gone down by four wickets in the first Test in Southampton last week.

The Windies are bidding for a first series victory in England in the longest format since 1988.