Kemar Roach achieved the mark with the wicket Jofra Archer on Day 2 of the third Test against England. Last West Indies bowler to claim 200 or more Test wickets was Curtly Ambrose in 1994 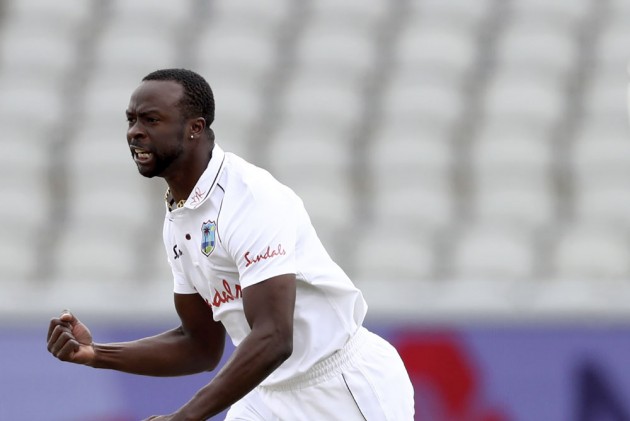 Kemar Roach became the first West Indies bowler to take 200 wickets since Curtly Ambrose in 1994 as the visitors fought hard to contain England's first innings on Day 2 of the third and final Test in Manchester Saturday. (More Cricket News)

Roach, 31, dismissed Chris Woakes in 91st over the match to achieve the feat at Old Trafford. The right-arm fast bowler also became the ninth Windies bowler to take 200 wickets or more.

Two overs later, Roach claimed his fourth wicket of the innings as Jofra Archer edged the ball to Windies skipper Jason Holder in the slips.

Last Windies bowler to achieve the feat was Curtly Ambrose in 1994.

Courtney Walsh leads the list of most Test wickets for Windies. He has 519 wickets in 132 matches at an average of 24.44.

But tailender Stuart Broad scored a quickfire 62 off 45 balls, with the help of nine fours and one six to help England cross the 350-run mark.