ENG-W Vs IND-W, 1st ODI, Live Streaming: When And Where To Watch India Women Cricket Team's Match Against England

Focus will be on Shafali Verma when India Women take on England Women in the first ODI at County Ground, Bristol. Check match and telecast details of ENG-W vs IND-W cricket match 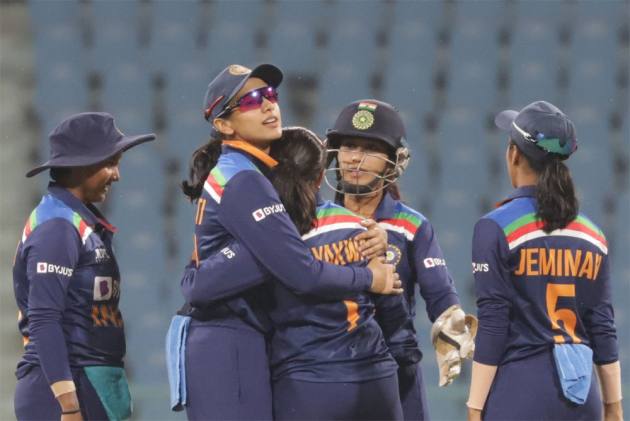 After playing out a thrilling draw in their one-off Test match, India Women take on England Women in the first of three One-day International matches.  (Preview | More Cricket News)

Last week, India batters collapse in both their innings only to find saviors as Shafali Verma, Smriti Mandhana, Deepti Sharma and Sneh Rana played crucial knocks. And the focus, once again, will be on 17-year-old Verma who first scored 96 then followed it up with 63 as India scored 231 and 344/8.

India Women will also hope for better performances from other youngsters like Jemimah Rodrigues and Arundhati Reddy. Then there are the veterans, like Mithali Raj, Smriti Mandhana, Harmanpreet Kaur, Jhulan Goswami, who failed to impress in the Test match.

The series will also provide India an opportunity to redeem themselves after a 1-4 series defeat against visiting South Africa earlier this year.

England Women have lost their last ODI match against New Zealand Women by seven wickets in February. But they won the three-match series 2-1.

England, ranked third, are a spot above India.

England have named a strong squad for the series. In Heather Knight, they have a capable leader. And the presence of experienced campaigners like Tammy Beaumont, Nat Sciver, Katherine Brunt, Amy Jones sure gives the team a look of stability. Then there are young guns, like Sophia Dunkley, Freya Davies, Mady Villiers, Sarah Glenn, etc who are ready to prove their worth.

In the last meeting, England Women beat India Women by two wickets at Mumbai in 2019. That was England's first in four matches. India Women last beat England Women in England in an ODI match (by 37 runs) in 2017.