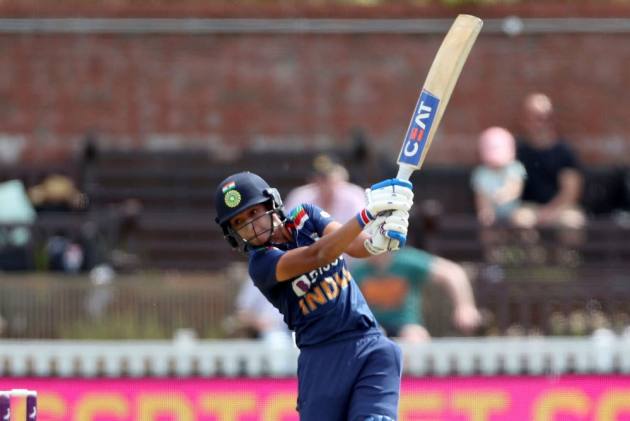 India skipper Harmanpreet Singh on Thursday attributed her prolonged lean patch with the bat to lack of preparation following her recovery from a COVID-19 infection and groin injury earlier this year. (More Cricket News)

However, the senior batter is confident of finding her mojo back in the three-match T20 series against England, beginning here on Friday.

Having wowed with her trailblazing 171 not out against Australia in the 2017 World Cup semi-final, Harmanpreet has struggled to find her rhythm and has not scored an ODI century since then. In T20s, she's yet to score a fifty since her 103 against New Zealand in November 2018.

"I am someone who likes to train everyday, who likes to work hard everyday but because of COVID and injuries I didn't get that much time to prepare," Harmanpreet said in a virtual media conference on the eve of the first T20.

"These are not excuses but this is the reality which I faced. It's a matter of one good innings and definitely I will carry on from there."

"I'm someone who likes to give 200 per cent on the field, needs a lot of time for preparation on the ground. At international level, you can't get things easily, the mindset and approach for the game is not that easy."

A groin injury ruled her out of the T20 series against South Africa in March and there was worse in store for her as she contracted COVID-19 soon after.

Harmanpreet scored four and eight in the drawn one-off Test against England, while in the following three ODIs she had scores of 1, 19 and 16.

"After the five innings I've understood, where and how to improve. You will definitely see a different approach from my side in the T20s.

"Right now, I'm feeling good, physically I'm fit but the only thing I need is some more time in the nets. That's all I can say.

"During this time, I got enough time to train. Now I'm quite confident and I'm ready to play these three matches."

Reflecting on her injury she suffered during ODI series against South Africa at home, she said: "It was a Level-4 injury in my groin on the right side but then it shifted to left side as well, while playing matches because ODI is a long format."

Her rehab also got affected after she contracted the dreaded virus in April.

"Because of COVID, I did not get those practice games, there was not much time. Even NCA was closed at that time and I was doing my rehab through online video meetings and that time I contracted COVID."

"The injury which would have taken 15 days to heal took me two months because of COVID which also made me weak.

"The time was very difficult and I didn't get much time for batting, bowling and hone my skills. I was just working on myself so that I could become fit physically for the team," she recalled.

The momentum will be with the visitors as they will be coming back after a morale-boosting four-wicket win in the final ODI after losing the series.

"If you see the second ODI, we didn't win the game, but got the momentum from there only. The way we fielded and bowled was outstanding. After a long gap we were playing, it's not easy. But we will definitely like to carry that momentum," she said.

All-rounder Sneh Rana has been a standout performer in the tour especially after her 80 not out salvaged a thrilling draw against England in the one-off Test.

Rana continued her form in the ODIs, picking up two wickets in two games, conceding runs at an economy rate of 4.35.

"The team is looking very balanced at this moment. We struggled at death but with Rana we are getting the balance right. We need that type of players who can contribute with bat and ball," Harmanpreet added.