After the one-off Test match which ended in a draw, India women's team will take on England in three T20 internationals and as many ODIs starting June 27 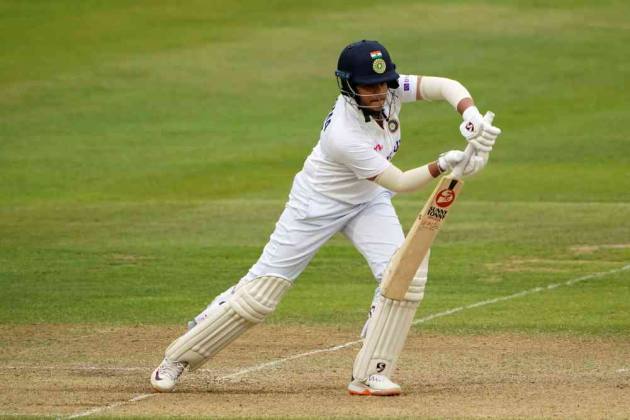 Indian skipper Mithali Raj on Saturday said the team is counting on debutant Shafali Verma to provide them "head starts" consistently but asserted that the side has enough batting depth to rebuild the innings incase the teenager fails. ENG W vs IND W Live Streaming | News

The flamboyant teenager, known for her attacking style of play, is set to make her ODI debut in the three-match series against England, starting here on Sunday.

After impressing everyone in the shortest format of the game, the 17-year-old teen batting sensation continued to amaze the cricketing world by scoring 96 and 63 on her Test debut here last week in India's one-off contest against England.

"There will be times when she gives us a head start. We would love that to be consistent but at the same time she’s a young kid, she’ll learn with experience, she'll also learn how to build an innings," Mithali said at the pre-match press conference ahead of the first ODI.

"Since she's getting into playing the ODI format for the first time, I as a captain encourage her to play the way she enjoys playing is comfortable playing, that's the style of batting she should do.

"If we lose early wickets, we as experienced batters in the middle-order are there to rebuild, or if we get a good start, take the momentum forward. We have the batting depth to do that," Mithali added.

The 38-year-old said the performance in the one-off Test has boosted the team’s confidence and while England will have the home advantage, the experience of playing in English leagues will help the Indian side in the series.

"We look really positive going into the World Cup. The way the girls performed to save the Test has added confidence to the unit. England is a very good side, one of the best in the world.

"They will have the advantage playing at home. But we have players who have played leagues here in England, we’ll gather information from them and that will help us do well."

India had suffered a 1-4 series defeat at home against South Africa in March and the skipper wants the team to get back to winning ways, keeping in mind the World Cup in New Zealand.

“New Zealand is windier than England. I wouldn’t say similar conditions, but more or less, the wickets there are far better. The last time we played there, it was a good One-day series. Our preparation has already started, when we get into a series we always look to win.

“We consider game plans/combinations in the run up to the World Cup, but it’s important to win a game, series. The last series was not very good for the team, as captain I want the team to get back to winning ways.”

Asked why the Indian team prefers setting totals as opposed to chasing them down, Mithali asserted that bowlers, especially spinners, have done well in the past to defend totals.

"We have defended totals in the past, we have the bowling attack to do that. Spinners, especially, have won matches irrespective of wickets. Even in England in the 2017 World Cup in England, where bowlers have done well, when we have defended targets.

"It all depends on how as a team we put on a total if we bat first or if we have a total to defend, it boils down to the rhythm and timing of the batters and bowlers."
The veteran batter feels playing in leagues in Australia and England has benefited the youngsters

"The application has been good from the youngsters, especially girls who are touring for the first time. Leagues around the world have given different exposure to the players. The play with different international players, under different coaches.

"It has added more dimension to the game, their preparation etc. That gives more knowledge of how to go about your game. It helps you develop confidence when you face a situation like that which you're not very experienced. That’s how these girls stood up and delivered."