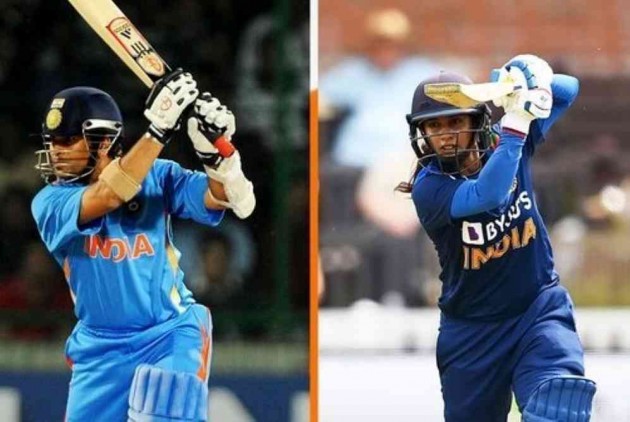 Former India captain Shantha Rangaswamy on Sunday called Mithali Raj the "Sachin Tendulkar" of women's cricket and said her record of being the highest run-getter in the game is here to stay. (More Cricket News)

Mithali, who is already the leading run getter in ODIs, on Saturday surpassed former England captain Charlotte Edwards to become the highest run getter across formats. They are the only two women cricketers who have more than 10000 runs.

India's Test and ODI captain averages a staggering 51.80 in the 50-over format.

"Her records speak for themselves. What she has achieved is comparable to the achievements of the great Sunil Gavaskar and Sachin Tendulkar. It is safe to say that she will be lonely at the top for a long time. I don't see her record being broken anytime soon," Shantha, who is also a BCCI Apex Council member, said.

Mithali scored her fourth successive half century on Saturday to lead India to a consolation victory over England in the third ODI.

Along with the rest of the batting line-up, her strike rate too was questioned but Shantha feels the criticism was uncalled for.

"Strike rate only comes into the picture when you are doing well as a batting group. Barring yesterday, she hardly had any support in the series. If she wasn't around, the team would have struggled to reach even 200," said the former India skipper.

On India's batting woes, Shantha feels all-rounder Deepti Sharma can be a good number three, a position occupied by Punam Raut in the opening game before Jemimah Rodrigues replaced her for the remaining two games.

However, the 20-year-old too failed to make an impact and averages less than 20 in 21 ODIs.

"She is still very young. I would have said time to look beyond her if she was 10 years older. I hope she finds the runs soon," said Shantha referring to Jemimah.

"I also feel (Poonam) Raut, who did very well against South Africa, should be persisted with but if they strongly feel to change the number 3 slot, Deepti is a good choice."

On India T20 skipper Harmanpreet Kaur, who has not had much to show since her exploits in the the 2017 World Cup, Shantha added: "She is yet to realise her potential. She needs to address her shot selection.

"If she can find a way to bat for 25-30 overs, she can score a hundred. She is that good a player but her lean patch has gone on for far too long."

Harmanpreet fell to a reverse sweep on Saturday while Jemimah perished attempting a guide towards third man.

"The nonsense shots needs to be avoided. There are other ways to rotate strike than guiding it to third man," Shantha added.