Verma at 17 years and 150 days is the fifth youngest cricketer overall to make debut across format. The list is headed by Afghanistan's Mujeeb Ur Rahman. 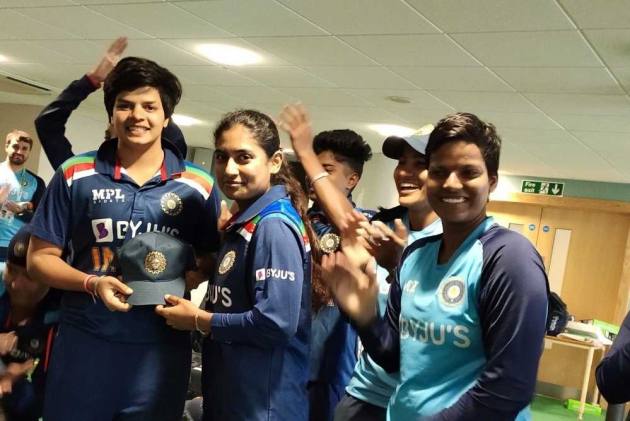 Opener Shafali Verma on Sunday became the youngest Indian cricketer to make debut across formats after being picked for the first ODI against England Women in Bristol.
Live Blog | News

On her ODI debut, Verma scored 15 runs off 14 balls before being dismissed by Katherine Brunt.


The Haryana girl took 17 years and 150 days to make her debut across format, making her the fifth youngest cricketer overall in the list, headed by Afghanistan's Mujeeb Ur Rahman.

Verma had scored 96 and 63 in her dream debut in the one-off Test against England which ended in a sensational draw last week. She was the youngest batter to score two fifties on debut in women's Test.

Verma has scored 617 runs with three fifties in the 22 T20Is that she has played so far since making her debut in September 2019.

List of overall youngest players to debut in all three formats: