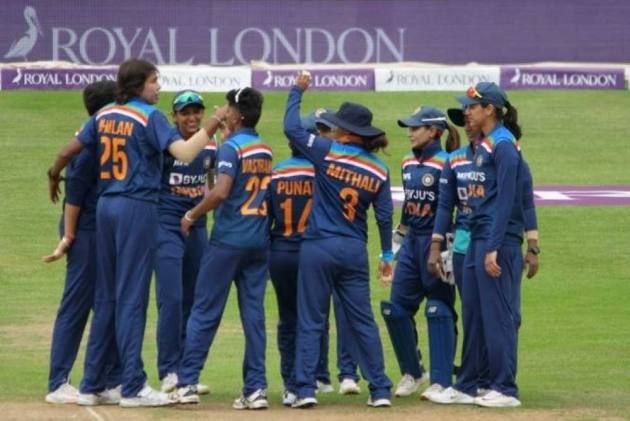 India will have to shed their outdated batting approach and play more freely to bounce back against formidable hosts England in the second women's ODI in Taunton on Wednesday. (More Cricket News)

India consumed as many as 181 dot balls on way to posting a below par 201 which England chased down rather comfortably to take a 1-0 lead in the three-match series on Sunday.

Ahead of the World Cup in New Zealand early next year, India have got work to do in all departments as pointed out by skipper Mithali Raj herself.

The game could see India making multiple changes in the playing eleven as the batters' inability to rotate strike is proving to be a big issue for the team.

Former India captain Diana Edulji said the the middle-order has too many "anchors" which means Punam Raut can make way for Jemimah Rodrigues at number three.

"You can't afford to play 180 dot balls in modern-day cricket. That has to change. The seniors need to step up and if they can't, then youngsters should be given the opportunities ahead of the World Cup," Edulji told PTI referring to the trio of Mithali, Punam and Harmanpreet Kaur.

"If you keep losing with the seniors, then you have to try out the younger players who showed in the one off Test what they are capable of."

India have only crossed 250 thrice since the 2017 World Cup, something the team has to do on a consistent basis to compete with the likes of England and Australia.

Though Mithali scored a 72 but her strike rate needs drastic improvement and T20 skipper Harmanpreet is desperately seeking some consistency.

"Harman is not due for a big score, she is overdue," said Edulji.

India went in with only one specialist spinner in Ekta Bisht at Bristol besides three pacers.

Pacer Shikha Pandey, who has made a comeback with the UK tour, has looked far from troubling the English batters and could be dropped for the second ODI. Mithali can bring in Arundhati Reddy in her place or get another specialist spinner.

Sneh Rana, who did brilliantly with both the bat and ball on her Test debut, can be the second spin all-rounder alongside Deepti Sharma.

"I would want the team to stick to its strength which is spin bowling. Two spinners must play," added Edulji.

India only have to look to their opponents for inspiration. England played a near perfect game of ODI cricket to outplay an out of sorts team.