A dramatic England collapse which saw five wickets fall for only 10 runs allowed New Zealand to snatch a 14-run victory in the third T20 in Nelson on Tuesday. It also put New Zealand 2-1 ahead in the series with two games to play. 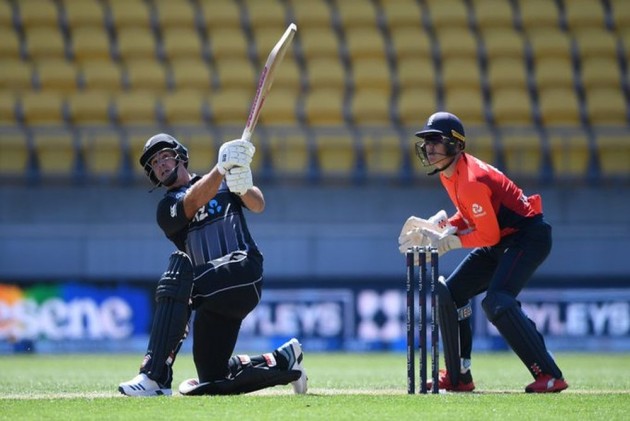 England lost five wickets in the space of four overs in collapsing to a 14-run defeat to New Zealand in the third Twenty20 in Nelson on Tuesday (November 5).

Dawid Malan's half-century and a measured 49 from James Vince had the tourists cruising towards their target of 181 before captain Eoin Morgan slogged a Mitchell Santner (1-41) delivery to Colin Munro in the 15th over. (CRICKET NEWS)

Munro then ran out Sam Billings (1), Vince scooped Beau Tickner to mid-off and Lockie Ferguson removed Sam Curran (2) and Lewis Gregory (0) in quick succession as England crumbled from a position of strength at 139-2.

Colin de Grandhomme earlier rattled off 55 from 35 balls to help give the Black Caps a 2-1 series lead going into the penultimate match of the series on Friday.

How good is this bloke batting at the moment!? Colin de Grandhomme's 55 off 35 helped us get the WIN in Nelson and bagged the @ANZ_NZ Player of the Match #NZvENG pic.twitter.com/PcTRxJCkJe

New Zealand elected to bat first and made a blistering start thanks to Martin Guptill, who continued the form that saw him make 41 in Wellington.

The experienced opener clubbed seven fours in a quick-fire 33 before falling to a fine Tom Curran catch off the bowling of Pat Brown (1-34).

Momentum stalled as Munro and Tim Seifert (7) departed cheaply but a 66-run stand between all-rounder De Grandhomme and veteran Ross Taylor (27), along with contributions from Jimmy Neesham (20) and Santner (15), bumped the total up to a defendable 180-7.

England looked set to make light work of the chase after losing only Tom Banton inside the opening 10 overs, the debutant completely missing a Tickner off-cutter on 18.

Malan threw away his wicket with the score on 90 by heaving Ish Sodhi's (1-30) full toss to Guptill in the deep but Vince and Morgan combined to add another 49 runs in less than five overs.

Vince further reduced the required run rate with four boundaries in as many balls faced, only for Morgan's exit on 18 to spark the collapse.

England lost 10-5 in all, with Tom Curran (14 not out) playing a lone hand amid the fall of wickets.

Ferguson (25-2) and Tickner (25-2) were the pick of the bowlers for the Black Caps, who now have the chance to complete a series victory when the teams meet in Napier.