The quality of Luke Shaw was never in doubt despite a long absence from the international fold, says Gareth Southgate. 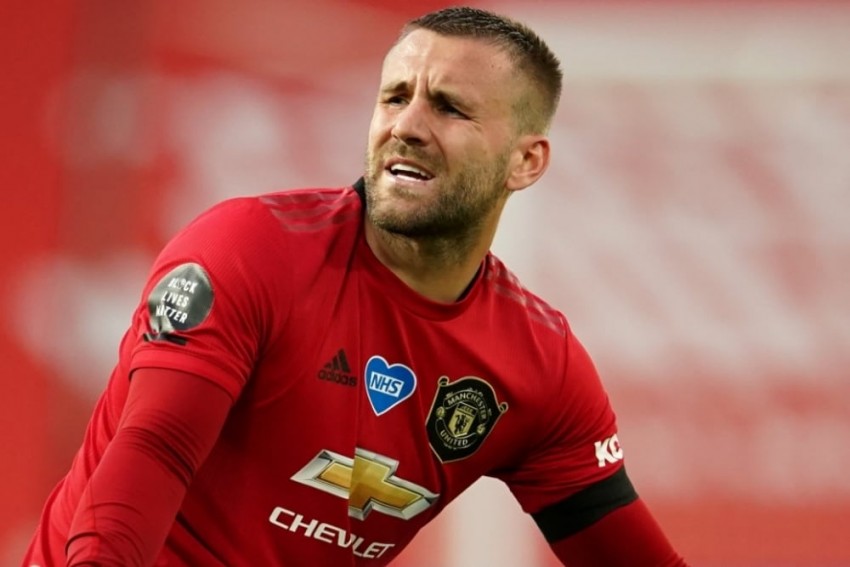 Manchester United left-back Shaw is expected to make his first England appearance in two-and-a-half years away to Albania in World Cup qualifying on Sunday.

Shaw only has eight caps and has not played for England since a Nations League match against Spain in September 2018.

He has excelled for United at club level this season and has been rewarded with a place in the England squad, which Southgate says is thoroughly deserved.

"Luke played in the first Under-21 game I took charge of – John Stones played right back in fact!" Southgate said ahead of the match with Albania in Tirana.

"There's never been any doubt in our mind about Luke's quality.

"He’s obviously suffered from injuries and had to withdraw from a few squads. But it has been great to see him playing on the front foot as a full-back both with and without the ball.

"He has been on the front foot with his defending and really ambitious with his attacking and I think that's important.

"He looks like he is physically in a good condition to be able to drive forward he has got excellent quality with the ball.

"It’s a good moment for him. I've seen somebody who has just delighted to be here, enjoying his football and playing with confidence.

"First and foremost, Luke is a good defender and that's important for us. We have to keep clean sheets. He certainly seems to have a smile on his face."

Ben Chilwell started at left wing-back in the 5-0 home win over San Marino on Thursday and said after the match the competition between him and Shaw would benefit England ahead of Euro 2020.

He made the most of his opportunity, impressing to create five chances – only Mason Mount (8) had more - and set up the opening goal for James Ward-Prowse.

However, Shaw also has a strong case to start.

The 52 chances created in the Premier League this season by Shaw are more than any other defender in England's top flight and far in excess of Chilwell's 21.

Shaw has five assists to Chilwell's four, with his solitary goal in the recent Manchester derby victory set against two for the Chelsea defender.

Chilwell (79) has attempted more crosses than Shaw (67) but fewer have been successful – 11 compared to 18.

In terms of tackles and interceptions, they are fairly evenly matched, with Shaw up 36-32 on the former metric, while the latter falls 19-15 in Chilwell's favour.

Maguire said: "I'm really pleased for Luke - it is a thoroughly deserved call-up.

"He's had a great season. He’s creating a lot of chances for us at club level. Hopefully he can bring that to international level."

England will face Albania exactly 20 years since winning the last meeting 3-1 in Tirana in March 2001 through goals from Michael Owen, Paul Scholes and Andrew Cole during qualifying for the 2002 World Cup.

They have lost just two of their last 29 away matches in World Cup qualifying campaigns (W19 D8), with their last defeat coming to Ukraine back in 2009.

England are scoring regularly under Southgate, having netted 42 goals in their last nine qualifiers for major tournaments (W8 L1).

They have scored five or more goals in six of those games under Southgate. The only other Three Lions boss to see England score 5+ goals in as many qualifiers was Bobby Robson (also six).

Nick Pope is set to retain his place in goal for England and could become the first goalkeeper ever to keep a clean sheet in each of his first six international appearances for the country.