England Tour West Indies' Biggest Series, It's Like The Ashes For Us: Kemar Roach 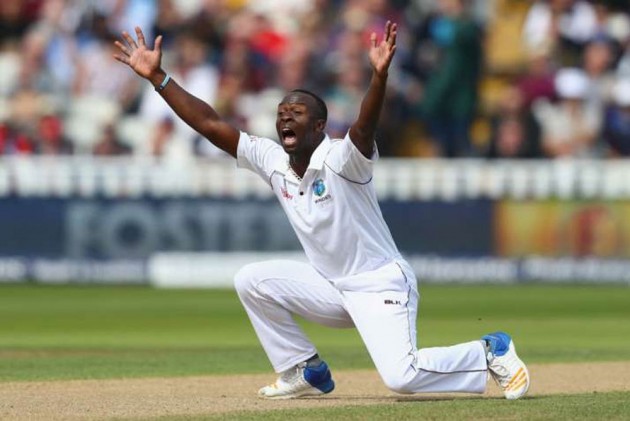 Pacer Kemar Roach feels the upcoming series against England is equivalent to the Ashes for the West Indies team which will look to defend the trophy it won at home last year.  (More Cricket News)

The opening Test at the Ageas Bowl in Southampton, starting Wednesday, will be the first international cricket contest since March when the coronavirus outbreak halted all sporting action.

West Indies had handed Joe Root's men a 2-1 defeat when England travelled to the Caribbeans last year and Roach said the visiting team wants to emulate that result.

"We were relentless and it set the tone. Everyone put in and we're looking to emulate that here. Taking the trophy back home to the Caribbean is the number one goal," Roach was quoted as saying by 'The Guardian'.

"Winning in England would be perfect but it's about defending the trophy. This is our biggest series, like the Ashes for us, so it's about getting into that zone," he added.

Roach ended as the leading wicket-taker with 18 scalps in the last series between the two sides. He ran through the English batting line-up in the first innings of the opening Test in Barbados, and was awarded the Man of Series for his consistent performance.

"That day in Barbados is top for me," Roach recalled.

"It was the best I have ever felt; my body was healthy, the ball was coming out perfectly, I was expressing myself. There was no added pressure, just total comfort. That's how I got the best out of myself," he added.

The ICC has banned the use of saliva on the ball as an interim measure to counter the coronavirus threat but it did so without allowing the use of artificial substances.

The 31-year-old, who has claimed 193 Test wickets so far, feels it will be hard to shine the ball now that saliva is banned, but the bowlers will "find a way" out.

"Yes, that's the tough part, but hopefully, we can get some hot days and the guys can work up some sweat. Although it has to be a pretty warm day for us to sweat. But whatever the weather, we'll find a way."