England Under-21s: The Talents Who Could Lead The Young Lions To Euros Glory

England's best hopes for a trophy in 2021 might just be their Under-21 squad. (More Football News)

Aidy Boothroyd's youngsters head into the group stage of the Euro Under-21 finals as legitimate contenders for the trophy, despite being placed in a seriously tough group with Croatia, Portugal and Switzerland.

Still, Boothroyd is undoubtedly blessed with a rich pool of talent, despite leaving out stars such as Phil Foden, Reece James and Jude Bellingham, who will all be involved in the senior side's World Cup qualifiers this month. There is a strength in depth to the Young Lions that should give them real hope of going all the way.

Perhaps the current crop can also buck the trend when it comes to breaking into the senior fold. Only 17 of the 48 players from the previous two Euro Under-21 squads have gone on to play for the full England side, and only Jordan Pickford could consider himself a regular there.

In short, this undoubtedly talented group has plenty to play for… 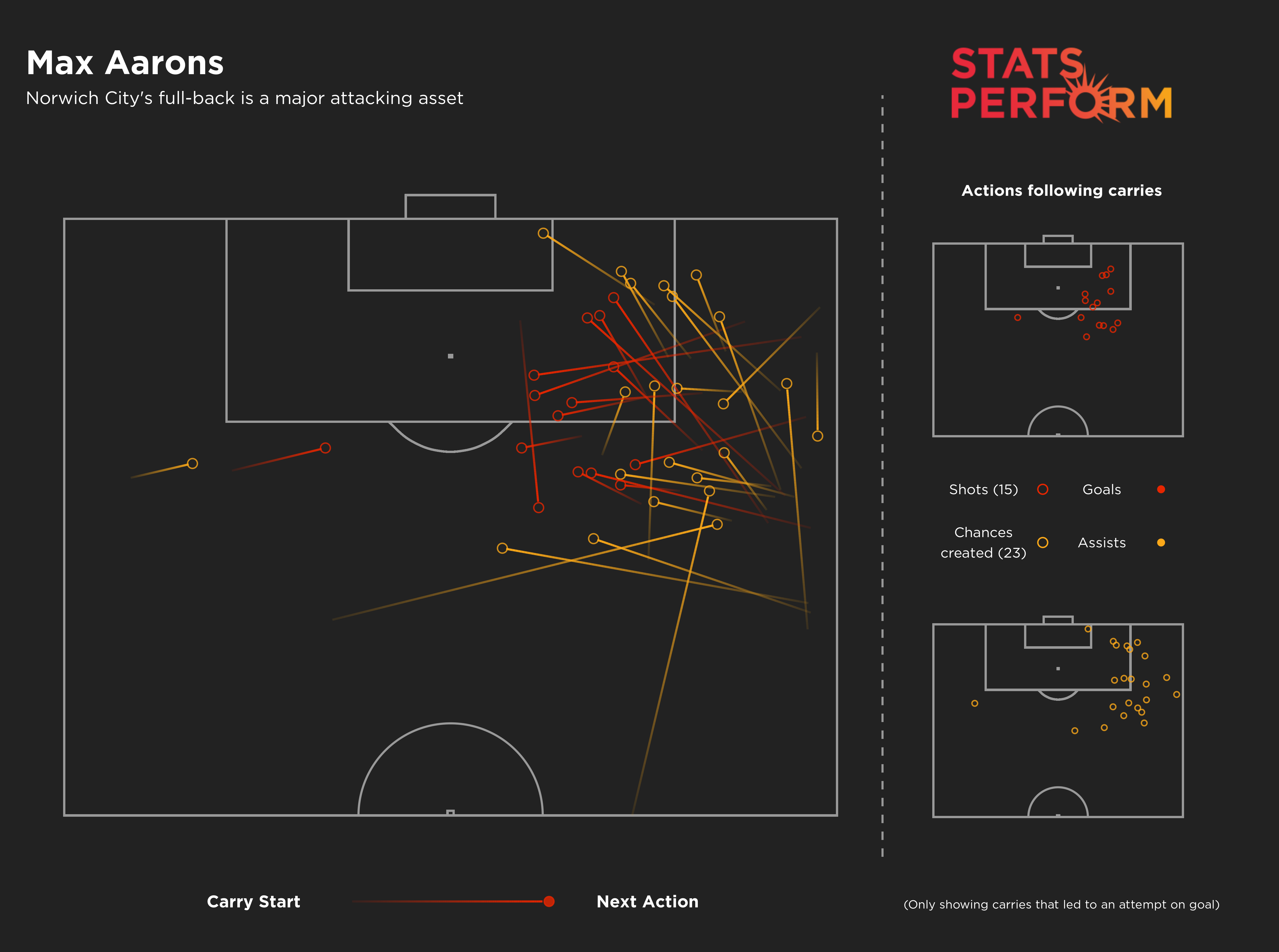 In front of keeper Aaron Ramsdale, who was in goal for all but one of their qualifiers, sits an encouraging defence.

Norwich City full-back Max Aarons has not only kept 15 clean sheets with the Championship leaders, but his attacking threat has been marked this season. Aarons has created 51 chances from open play and completed 52 dribbles, both the second-best figures among defenders in the competition. At the same time, Aarons has only been beaten by an opponent's dribble 13 times, the lowest number among the top nine of that particular group of attack-minded defenders. Little wonder he is a reported target for Bayern Munich and Everton, among others.

Japhet Tanganga of Tottenham is untested at this level but Jose Mourinho's young protege will not have far to look for a (relatively) experienced guide. Spurs' Ryan Sessegnon, one of just two England players who also played at the 2019 finals, has enjoyed an impressive loan spell at Hoffenheim this season, winning more tackles per 90 minutes (1.7) than anyone else for the Bundesliga side. He has also contributed two goals and two assists – only five Bundesliga defenders have had more direct goal involvements.

Arguably England's most in-form young midfielder outside the senior squad has amazingly never played before for the Under-21s.

Emile Smith Rowe has been the big success story of Mikel Arteta's time in charge of Arsenal. Since the start of last season, as well as scoring twice and registering six assists, he has created 1.5 chances from open play per 90 minutes in all competitions, the best number among Gunners midfielders to start at least 10 matches in that time. 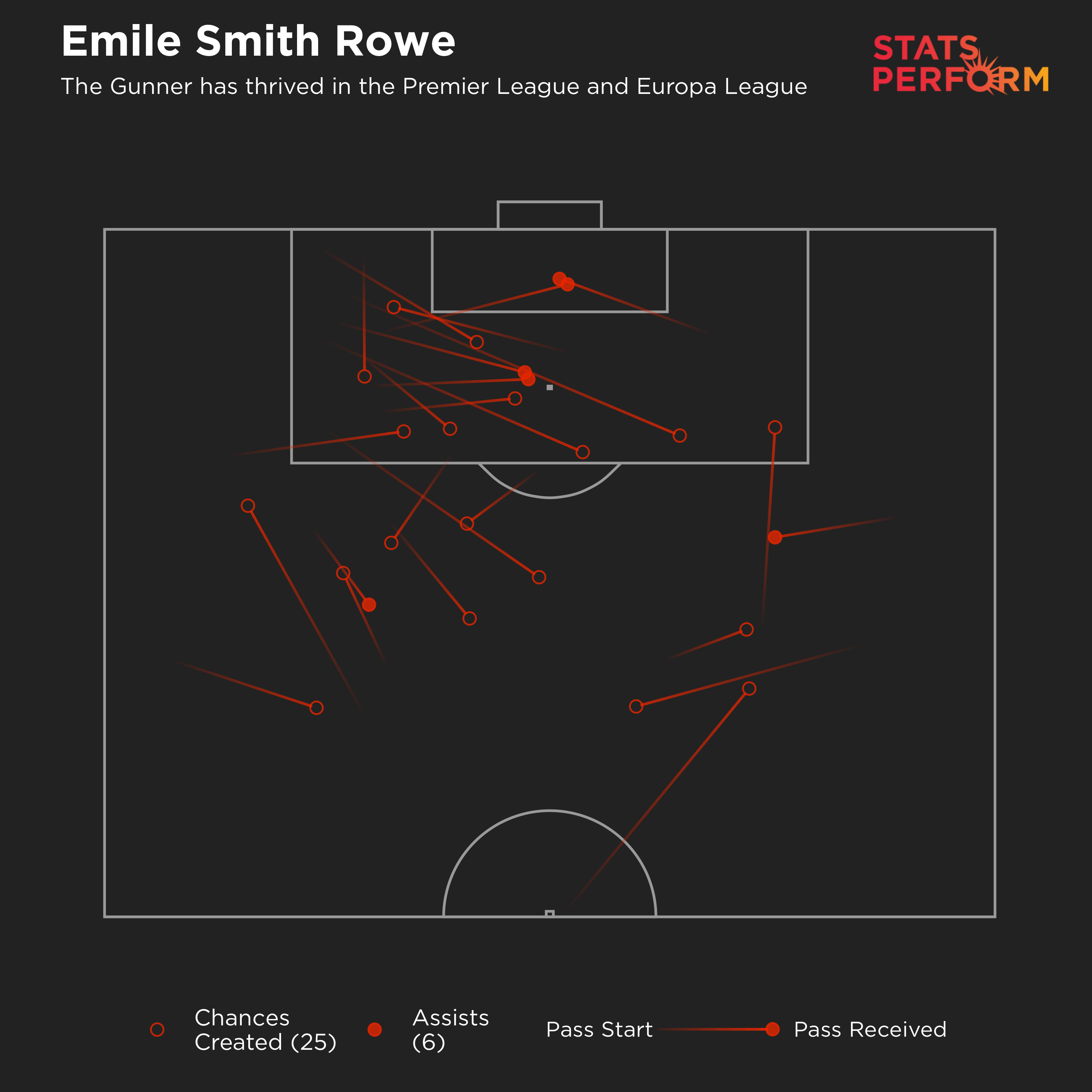 In 2020-21, Smith Rowe (nine) is second only to Mason Mount (14) for players 23 and under in the Premier League when it comes to multi-chance involvements – the number of unique shot-ending sequences in open play where a player both creates the chance and is involved in the build-up.

Exactly how Boothroyd deploys Smith Rowe remains to be seen, but he could offer a potent combination with rising Liverpool star Curtis Jones, a major plus in an otherwise troubled Premier League title defence for Jurgen Klopp.

Jones, the youngest Liverpool player to score in the Premier League away from Anfield in seven years, averages the most successful final-third passes (22.5) this season of any Reds player to feature in at least half of their league games.

Among Premier League midfielders in this age group this season, only Mount (nine) has been involved in more sequences that ended in them taking a shot at goal than Jones (seven) – and the Liverpool man has played fewer than half the minutes of the Chelsea star.

On the wings, Callum Hudson-Odoi might have experience of playing for England at the highest level, but a strong performance at these championships could be just what he needs as he begins to build up the trust of Chelsea boss Thomas Tuchel. Since the German took charge on January 26, no Blues player has played more games (13) than Hudson-Odoi and only two have created more chances per 90 minutes (1.71). His directness down the wing could be a major asset: among players 23 or under in the Premier League, only Ferran Torres (0.59) has a better rating than Hudson-Odoi (0.55) when it comes to Expected Assists from a take-on.

With Mason Greenwood having withdrawn due to injury, much of the goalscoring burden may fall on the Under-21s' all-time top marksman, Eddie Nketiah. 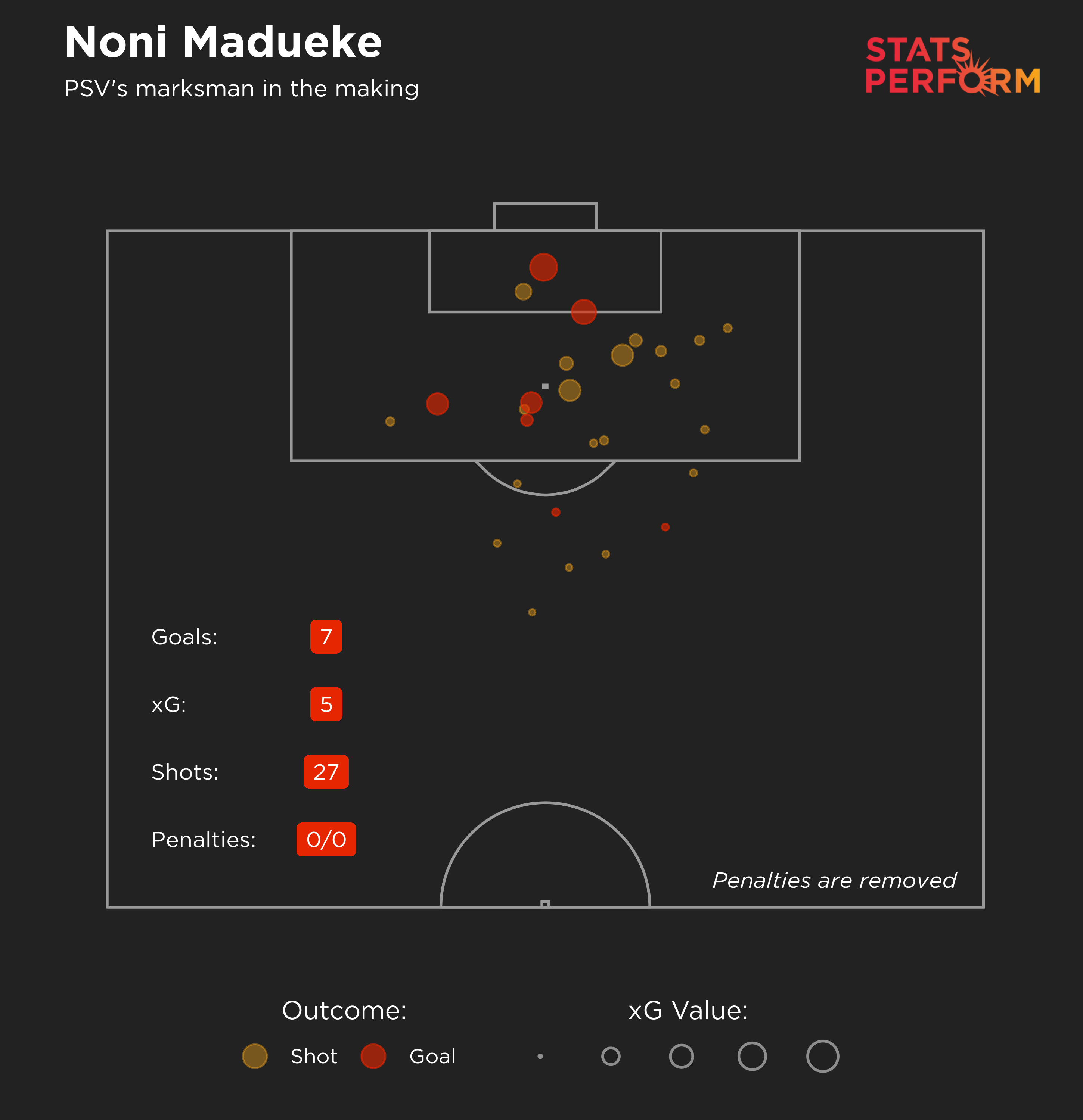 Arsenal's young striker has one goal in three league starts this season and three in six in the Europa League, but the international stage is where he really shines: 13 goals in nine qualifying games helped him become the Young Lions' record goalscorer, surpassing Alan Shearer.

If Nketiah should struggle for form, Boothroyd can turn to Noni Madueke. An unknown at this level on the international scene, Ruud van Nistelrooy's PSV pupil has 11 direct goal involvements in the Eredivisie this season – no teenager has more – with his seven goals coming in just six starts in the Dutch top flight, at an average of just over one for every four non-penalty shots.