A 12-year-old Australian boy raised money by taking out his neighbours trash for four years to fulfil his dream of watching Australia take on arch-rivals England in the Ashes and was also rewarded with a bus ride with his heroes. 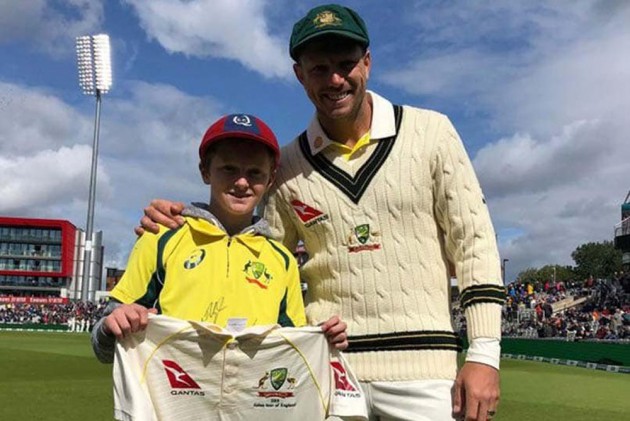 He was desperate to watch the Ashes even if it meant picking up trash for four years to save for the ticket.

A 12-year-old boy raised money by taking out his neighbours trash for four years to fulfil his dream of watching Australia take on arch-rivals England in the Ashes and was also rewarded with a bus ride with his heroes, 'cricket.com.au' reported.

In 2015, Max Waight saw Australia win the World Cup on home soil and it was then that he decided he wanted to see his team take on England in the iconic Ashes series four years later, the website stated.

His father Damien Waight told him that if he could earn 1,500 Australian dollars (AUD), he would take him to the UK.

Max and his mother came up with the idea of taking out the neighbours' garbage bins on the weekends for a charge of just AUD 1 per household.

For four years, Max hauled his neighbours bins out on the weekends.

Bit by bit, he was finally able to raise the money asked by his father, who booked the tickets and took the entire family to England to watch the ongoing fourth Test at the Old Trafford in Manchester.

In addition to watching the match, Max also got to meet some of Australia's cricket royalty.

"I sat next to Steve Waugh, Justin Langer and Nathan Lyon," Max said.

He also got meet his two favourite players.

"Steve Smith and Pat Cummins are my favourites. I got to talk to them about how they prepare and play the game. It was very enjoyable."