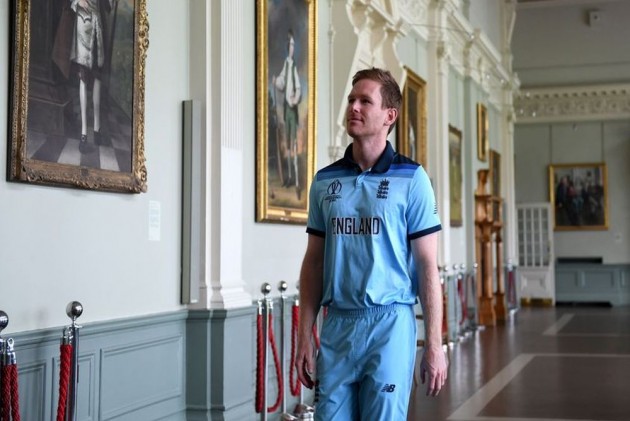 No Jason Roy is no problem for skipper Eoin Morgan, as England aim to extend their recent dominance over Australia. (2019 CRICKET WORLD CUP FULL COVERAGE)

Since the start of 2017, England have won ten of 11 ODIs against their oldest rival – both at home and Down Under – to potentially gain a psychological advantage heading into the clash at Lord’s.

But the hosts will have to do without opening batsman Roy once again, as Morgan confirmed he is yet to recover from the torn hamstring that has ruled him out of the past two ICC Men’s Cricket World Cup 2019 matches.

James Vince has filled in for Roy – making 26 against Afghanistan and14 in the surprise loss to Sri Lanka last time out – but Morgan is confident the 28-year-old is capable of stepping up.

“Jason went for another scan and he won’t be fit for the game,” said the England captain. “We’ll monitor his progress during week.

“Putting one game on it [when Roy might return] isn’t sensible – we’ll see how he goes. Obviously Jason is an outstanding performer and the way he plays epitomises the way we play as a group.

“But I’m confident we have the batting covered. James Vince is an extremely talented and gifted player – you can see that by watching him.

“I’m not concerned [that he hasn’t hit many runs]. We have every faith in him to get a score at some stage and it’s important he continues playing in own way.”

England’s sole loss to Australia in the last two years came by three wickets at Adelaide in January 2018, giving Morgan’s men a level of supremacy over their rivals that they haven’t enjoyed at any other point in history.

However, they did lose an official tournament warm-up game against Aaron Finch's side in Southampton but the fixture wasn’t an official first class fixture, with sides able to use more than 11 players.

Both sides are fighting to make the semi-finals at this World Cup but Morgan is confident his troops won’t wilt under the added pressure, although he warned against reading too much into the recent head-to-head record.

“England against Australia is a good match-up for both teams and normally a really good game,” added the skipper. “In the last two years, the scoreline probably hasn’t been fair as both sides have played well.

“The way we both play lends itself to a good game of cricket, so it is a challenge.

“Australia are probably predictable in the same way we are – we play each other so often that we know them inside out, just like they do us. It’s a matter of producing on the day.

“Playing Australia can be a different feeling but that feeling has been nullified by playing them so much.

“We’ve won games under pressure throughout this World Cup already and have performed under pressure for a long time – both away from home and at home.

“There’s no question mark around our ability to play under pressure.”