ENG Vs AUS, 3rd ODI Live Streaming: When And Where To Watch England-Australia Series Decider

England and Australian national cricket teams take on each other in the third and final ODI match in a winners take all match. Here's how you can watch the match live and everything else you need to know 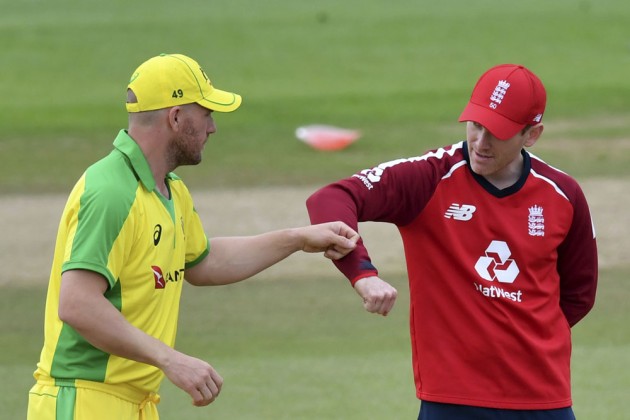 After losing the T20I series 2-1, Australia won the first ODI match against England by 19 runs despite a brilliant century from Sam Billings. But the visitors soon lost the plot and suffered a stunning batting collapse while chasing 231. In this time and age, that's a pretty lame score to be dealing with. But Aaron Finch & Co someone managed to fluff the line at Old Trafford, Manchester on Sunday.

Three days later, at the same venue, the two teams meet before their star players head to the United Arab Emirates (UAE) for the yearly cricket carnival call Indian Premier League. It's reported that some 21 players, from both the camps, will be ferried by a chartered flight to Dubai. Some arrangement. Yea, coronavirus can be pretty demanding.

The focus, however, will be on the batting maestro Steve Smith, who's proving one tough nut to crack. He copped a blow on the head ahead of the first ODI, and missed both the matches so far. But, the 31-year-old, who last year received brutal blows from Jofra Archer, may not at all feature in the finale. But again, he's one tough cricketer.

Anyway, both sides have enough match-winners in their respective camps. But England sure have the momentum after claiming four wickets for three runs during a very productive period of play in the last meeting.

ICYMI: Australia lost four wickets for three runs as England secured a 24-run win in the second ODI to level the series and keep their lead in the ICC Men's Cricket World Cup League intact.

"Jofra is obviously an ace and so is Woakesy. It's our strongest suit. For them to come back like that was outstanding. When they bowl like that they make the captain look good," Eoin Morgan, England captain,

"He's a world-class player and has that experience as well. It's pretty obvious if Steve Smith is fit, he's in most cricket teams. I'd hope to have him back for the third game," Adam Zampa, Australia leg-spinner.