England and India have met seven times at Trent Bridge, with both sides having won two Tests each while three matches have ended in draw 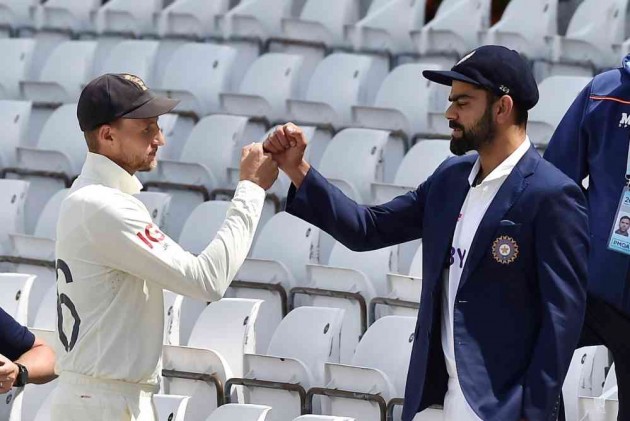 India skipper Virat Kohli insisted that his side is better prepared for the 5-match series against England. Virat Kohli was the top scorer on the 2018 tour scoring 593 runs but India lost that series 1-4.  News | Live Streaming

This will 127th meeting between the two sides and England hold a 48-29 win record over India.

Here are Statistical Highlights of the Series

~ The first Test match of the five-match series between India and England will be played at
Trent Bridge, Nottingham from Wednesday (August  4).

~ This will be 35th series between the two teams. England have won 19 series, India 11 and four series were drawn.

~ The first Test match will be the 127th Test match between the two teams, 63rd on England soil and eighth at Trent Bridge, Nottingham

~ England hold a 48-29 advantage in the head-to-head clashes with India. However, a significant percentage of their matches (38.88%) have ended in draws.

~ England also hold the edge at home, winning 34 matches to India’s seven. Since 2000, India have an 15-16 win-loss record against England with their best performance coming in the 2016-17 series when they won five Test series 4-0.

~ Trent Bridge, Nottingham has hosted seven Tests between the two sides, India and England have won two Tests each while three Tests ended in draws.

~ India are currently placed second in the ICC Test rankings with 119 points. However, if India win series 5-0, they would not just regain the Pataudi Trophy, but also become the No.1 ranked side in Tests.

FOR THE RECORD:
** Axar Patel took 27 wickets at an average of 10.59 in six innings of three Test matches
against England at home in 2021.It was also his first Test series.

** James Anderson who has taken 98 catches in 306 innings of 162 Tests, needs just 2 more to
become the tenth England player and 39th overall to reach the 100 catches milestone