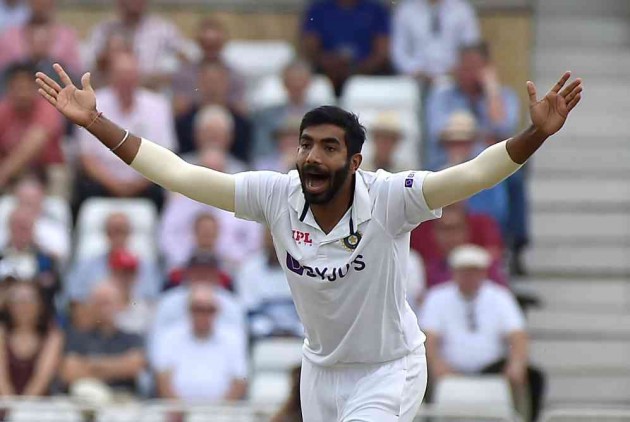 Bumrah roared back to form with a nine-wicket haul in the drawn first Test against England.

"Well, I can’t tell you all the discussions (about Bumrah), look we know that Bumrah has got amazing skills, doesn’t he?” Bairstow said in a con-call arranged by broadcaster Sony ahead of the second Test.

Bumrah remained wicket-less in the World Test championship final against New Zealand which India lost, but made a strong comeback in the first Test.

“With his action, he (Bumrah) varies on the crease as to where his delivery points are, and we all know as well and he (is) slightly different in his action with his run up and then just his action in general,” said Bairstow.

“Bumrah has only played only 20 (21) Tests, within that is going to be periods of time when – there have been six England, judging by the last series as well, so there is going to be times when bowlers adapt and change their skill-sets in some conditions, they will be more suited to other conditions.

According to the 31-year-old wicketkeeper batsman, who has played 75 Tests after making his debut in 2012, his approach of the against the Indian pacers would depend on the pitches.

“It depends on the pitch, if it is sunny or cloudy, I think we saw in that first Test conditions changed with overheads and when the floodlights came on, when it was sunny, they changed again.

“It is difficult to say this is my approach, I can’t see a change in too much from the last game. I have not played a lot of red ball cricket recently due to the scheduling and everything like that, if I continue the process and every-thing I did in this first Test, then that is the kind of approach I want to go with,” he added.

Bairstow maintained that adaptability was the key in Test cricket.

“It is quite an open-ended question. The strengths of the Indian bowling attack, whether or not you play in England, or in India, you look at a different type of ball.

"When playing in India compared to England, you have different types of pitches, that we saw in Ahmedabad and Chennai, for instance, so they are naturally different and need different skill-sets.

"So, look adaptability is the key when it comes to test cricket in general in conditions and being adaptable is more important."

Bairstow also said that he expects a “fascinating battle” throughout the series between seasoned pacer James Anderson and India skipper Virat Kohli.