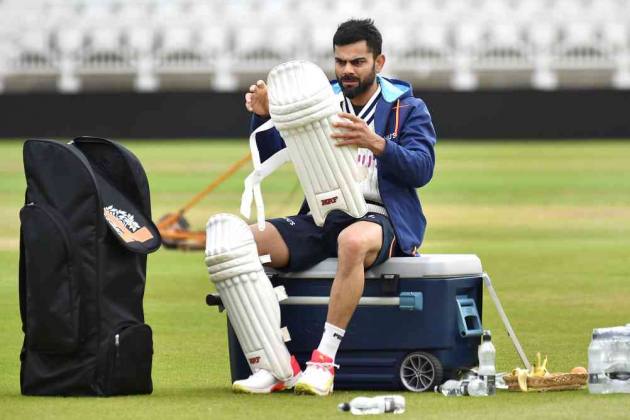 Led by Kohli, India will take on Joe Root's England in a gruelling five-match Test series, beginning here from Wednesday.

"I will answer your second question first, it takes relentless madness and pursuit of excellence every day over a five-Test series, to tell yourself I want to do the hard work and I want to get into situations, which are tough in every Test match on every day.

India captain Virat Kohli speaks exclusively to @DineshKarthik in a wide-ranging interview, discussing what the England series means to him ( much more!

"And you are going to be ready for that kind of workload, and that kind of mental load," Kohli told 'Sky Sports' when asked by former India wicket-keeper Dinesh Karthik on what it takes to win a Test series in England.

For Kohli personally, winning in England is nothing more than winning anywhere else and it is all about the team culture of going for a win.

"To answer your first question, for me personally, it means nothing more than winning a Test match or a Test series anywhere else in the world.

"We step on the field and we compete and we are looking to win every Test match, that is what matters more to me, because again that is a culture, these are results," added Kohli, one of the finest batsmen of the modern era.

"For Indian cricket it will be a huge thing and we have done it before and we can do it again, but this culture is what is more dear to me and I will do everything in my ability, even if you lose a Test match.

"I want us to go for the win and not surrender and try to save a test match on day three or day four, that for me is just not acceptable."

"So, for me as I said, milestones don't matter at all. If I had played for milestones in my career, I probably would not have half of what I have right now. My mindset is pretty clear and for us it is just pursuit of excellence," he signed off.