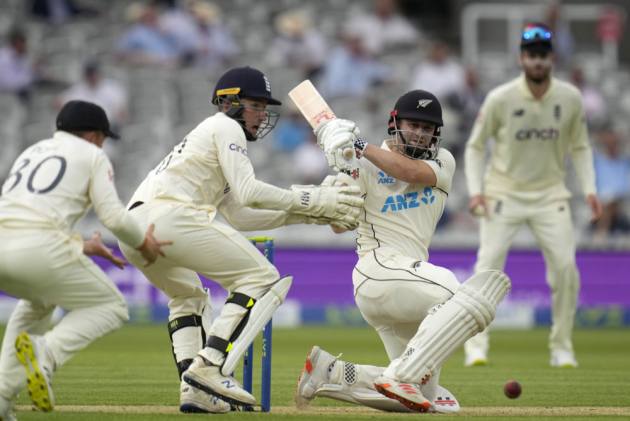 Debutants continued to dominate for the second day in the first Test between England and New Zealand at Lord's, London. Devon Conway hit 200 before getting run out for New Zealand's last wicket as the visitors scored 378 in 122.4 overs, batting first. The second highest was Henry Nicholls, who made 61. Some way to make a debut for Conway. For England too, debutant Ollie Robinson led the charge with a four-wicket haul. Mark Wood and James Anderson took three and two wickets respectively. In reply, England were 111/2 in 43 overs with Rory Burns and Joe Root unbeaten on 59 and 42 runs respectively. They have added 93 runs in 222 balls after the early wickets of Dominic Sibley (0), to Kyle Jamieson and Zak Crawley (2) to Tim Southee. England, who were 18/2 at one stage, now trail New Zealand by 267 runs. Catch Day highlights and cricket scores of the first ENG vs NZ Test match here:

5:33 PM IST: LUNCH! England are back in the game. They have taken four wickets with Mark Wood and Ollie Robinson getting three wickets each. But New Zealand opener Devon Conway is cool as a cucumber and unbeaten on 179 as the teams take lunch. New Zealand are 314-7 (110).

4:32 PM IST: Drinks! Mark Wood broke the stand, but Devon Conway became only the third New Zealand batsman to score 150+ on Test debut. Henry Nicholls made 61 before giving Ollie Robinson a catch at long leg. His stand with Conway was worth 174.