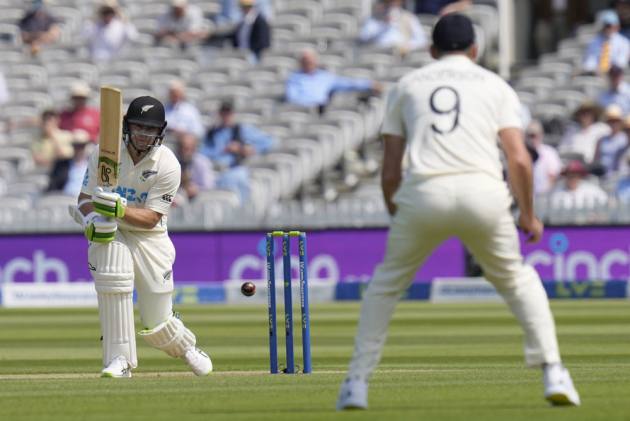 After a dissipating and torturous play in the final session, captains Joe Root and Kane Williamson agreed to shake hands at Lord's thus giving a subdued end to their first Test match. The final day started with much promise. New Zealand, the ICC World Championship finalists, still eyeing an outside chance declared then England batted, and batted without a care of the target. Williamson declared their innings during the Lunch break which was taken early after the rain got heavier. The visitors, in fact, dangled the carrot in front of the Poms with a 273-run target, with some 75 overs still left in the play. But England didn't take the bait. Dominic Sibley applied all his technique, facing 207 balls for his 60 and together with Root, he deflated the Kiwi hopes. The match will be remembered for the debutants though -- Devon Conway hit 200 to help Kiwis score 378 and England's Ollie Robinson took seven wickets. Then there was Rory Burns' 132 to hold the England innings together in their first essay. Veteran Kiwi pacer Tim Southee also took seven wickets. Conway deservingly won the man of the match. The second Test at Edgbaston, Birmingham starts on June 10, followed by the WTC final between India and New Zealand at the Rose Bowl, Southampton from June 18. Catch Day 5 highlights and cricket scores of the first cricket Test match between England and New Zealand:

11:36 PM IST: They are tired. They finally knew the futility of playing a dull draw. And the captains shook the hands before the scheduled close of play. Five overs early.

England not really hunting the runs and New Zealand failing the make inroads.

8:25 PM IST: Tea! England lost Rory Burns and Zak Crawley cheaply, but Dominic Sibley and Joe Root are stalling New Zealand progress. England still need 217 runs to win the match. And it seems like they are not interested. ENG - 56/2 (32).

5:56 PM IST: Players are back for the post-lunch session. And New Zealand have declared. Target for England - 273 runs. At least 75 overs left in the match.