Catch Day 2 updates and highlights of second Test cricket match between England and New Zealand, being played at Edgbaston, Birmingham 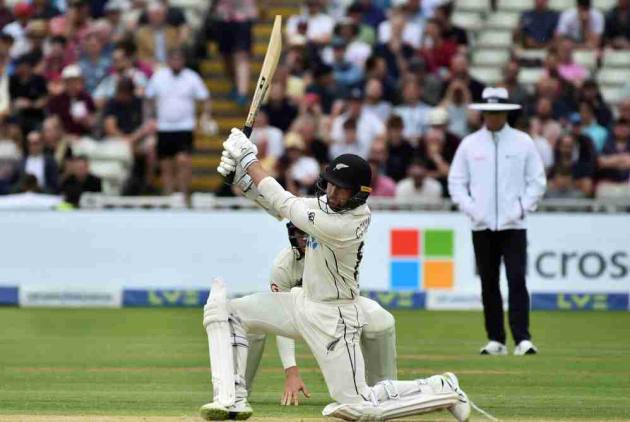 Devon Conway (80, 143b, 12x4) and Will Young (82, 204b, 11x4) led the New Zealand's reply as the visitors reached 229/3 at stumps on the second day of the second and final Test at Edgbaston on Thursday. This after England were all out for  303. First Test match's double centurion Conway 122 runs for the second wicket after New Zealand lost Tom Latham early. Young added 92 runs with Ross Taylor who was batting on 46 at stumps.  For England, Stuart Broad took two wickets for 22 runs, while Dan Lawrence took one wicket for 8 runs. Brief scores: England: 303; New Zealand: 229 for 3 (Devon Conway 80, Will Young 82, Ross Taylor 46, Stuart Broad 2/22) Catch Day 2 updates and highlights of the second Test cricket match between England and New Zealand, being played at Edgbaston, Birmingham here: