ENG Vs NZ, 2nd Test: New Zealand Warm Up For WTC Final Against India With Big Win Over England - Highlights 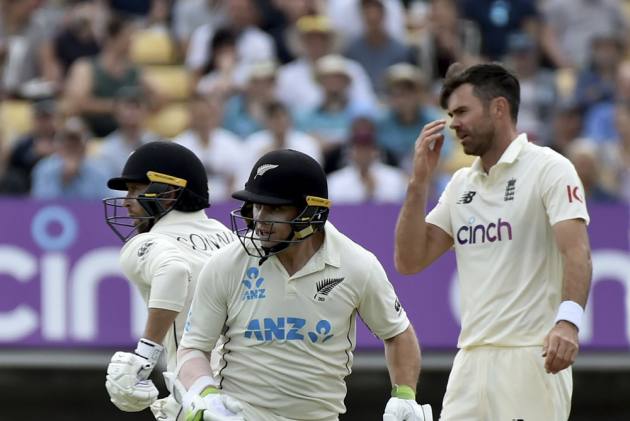 New Zealand got the perfect warm-up before the ICC World Test Championship final against India, starting June 18, with an 8-wicket win over England on Sunday. First, Trent Boult took just one delivery to pack up England innings -- Olly Stone caught behind without troubling the scorers -- then, the Kiwi batsmen knocked off the required 38 runs in the first hour's play on Day 4 of the second and final Test at Edgbaston, Birmingham Sunday. Stuart Broad however claimed a wicket, that of Devon Conway for three runs, but that's all! Meanwhile, stan-in skipper Tom Latham crossed 4000 Test runs even as Will Young played on an Olly Stone delivery with just five runs required. He made 8. The skipper and veteran Ross Taylor made sure there's no more hiccup in the chase. Earlier, England, batting first, managed 303 in their first innings thanks to 81 each from Rory Burns and Daniel Lawrence. Trent Boult, after a much-needed home rest, took four wickets while Matt Henry and Ajaz Patel claimed three and two. In reply, New Zealand scored 388 to take a lead of 85 runs, with Devon Conway, Young and Taylor hitting 80s. For England, Stuart Broad took four, while Mark Wood and Stone claimed a couple each. Then England somehow collapsed in their second essay, with Wood top-scoring with 29. And the wrecker-in-chief was Matt Henry and Neil Wagner, with both taking three each. The first match ended in a draw at Lord's. Catch highlights and cricket scores of the second Test match between England and New Zealand here:

Player of the match: Matt Henry.

4:30 PM IST: RESULT! Terrific win for a second-string New Zealand side over  England. Skipper Tom Latham hit the winning runs, a four off Mark Wood. They take the two-match series 1-0.