After previous near misses, both England and New Zealand will hope to finally get their hands on the Cricket World Cup at Lord's on Sunday. 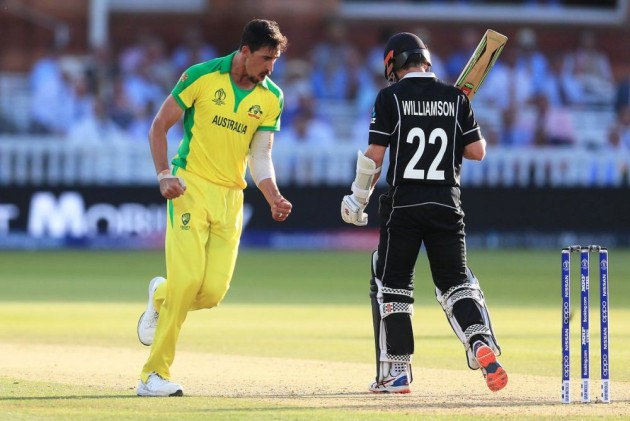 There will be a new winner of the Cricket World Cup in 2019 as hosts England and New Zealand each aim to lift the trophy for the first time in Sunday's final at Lord's.

England thrashed Australia at Edgbaston on Thursday after weather meant the Black Caps needed two days to beat India at Old Trafford. And now one of these two teams will end a long wait for World Cup glory, setting aside past failures.

For England, there have been three previous agonising defeats. So often losing semi-finalists, New Zealand finally made it beyond the last four in 2015, only to come up short in the decider.

Ahead of the huge contest at the home of cricket, we look at the previous final appearances for the two nations.

England edged New Zealand in the last four at the second ever World Cup in 1979, their reward a meeting with holders West Indies. The hosts elected to bowl and that initially looked set to pay dividends, the Windies reduced to 99-4 before Viv Richards stepped up. 'The Master Blaster' smashed a sublime unbeaten 138, with Collis King weighing in with 86 off just 66 deliveries, a knock that is too often overlooked when recalling the game these days.

England's response to that score of 286-9 from 60 overs was slow but steady. Opening duo Mike Brearley and Geoff Boycott both hit half-centuries, yet a lack of urgency left the rest of the line-up too much to do. After briefly lifting the tempo, Graham Gooch's departure signalled a stunning collapse. The home team lost their last eight wickets for 11 runs to be dismissed for 194, Joel Garner doing much of the damage as he recorded figures of 5-38.

The 1987 tournament was the first to be played outside of England, though they still reached the final after knocking out co-hosts India on home soil in the last four. Australia posted a competitive 253-5 from their 50 overs after opting to bat first, David Boon leading the way with 75.

Despite their reply suffering a disastrous start with the loss of opener Tim Robinson for a golden duck, England appeared on track at 135-2. The game changed, however, on captain Mike Gatting's ill-judged attempt to reverse sweep the occasional spin of his Australian counterpart, Allan Border. Bill Athey made 58 but, left needing a challenging 17 off the final over, England came up seven runs short against their Ashes rivals.

Rain had already denied England what appeared set to be a routine win over Pakistan in the truncated group stage prior to the teams meeting again in the final. Captain Imran Khan had rallied his Pakistan squad, dubbed "cornered tigers", to spark an impressive recovery following a sorry start to the tournament.

Dropped on nine by Gooch, Khan top-scored with 72 to steer Pakistan to 249-6, an impressive total considering they had managed only 70 runs by the halfway stage. Opener Ian Botham failed to trouble the scorers as England slipped to 69-4 and while Allan Lamb and Neil Fairbrother engineered a recovery mission, England's hopes were sunk by two wickets in as many deliveries from Wasim Akram. Their innings ended with four balls to spare, all out for 227.

Joint-hosts Australia and New Zealand met at the MCG in front of a crowd of 93,013. Some of those in attendance may not have made it to their seats by the time the inspirational Black Caps skipper Brendon McCullum was cleaned up by Mitchell Starc in the first over. The Kiwis never recovered from the early setback, despite a valiant 83 from Grant Elliott.

A paltry 183 never looked to be enough, even with Aaron Finch sent back without troubling the scorers. Michael Clarke's 74 in his final ODI appearance led the way for Australia, who rushed across the finishing line with 16.5 overs to spare to be crowned champions for a fourth time in five editions.