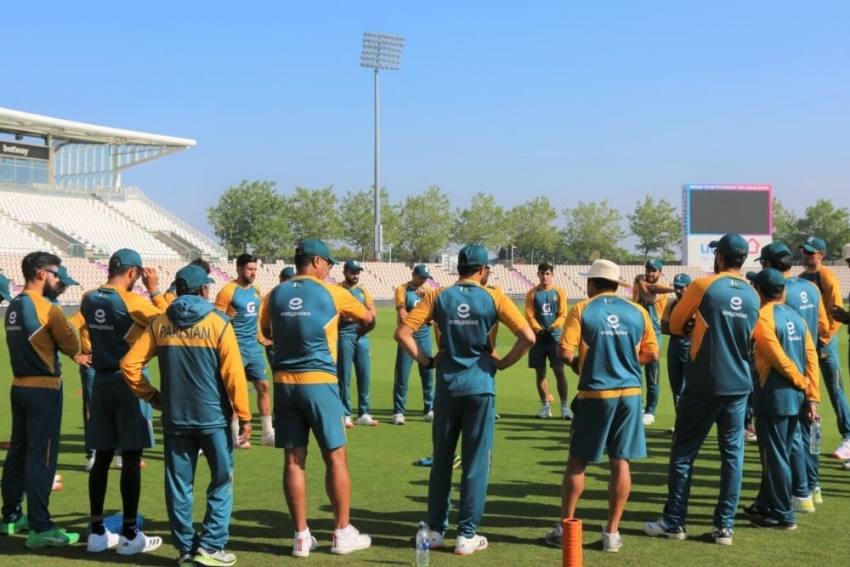 Pakistan train in Southampton ahead of the second Test.
Twitter
PTI August 12, 2020 00:00 IST England Vs Pakistan, 2nd Test: Questions Mount Up For Joe Root As ENG Aim For Series-Clinching Win 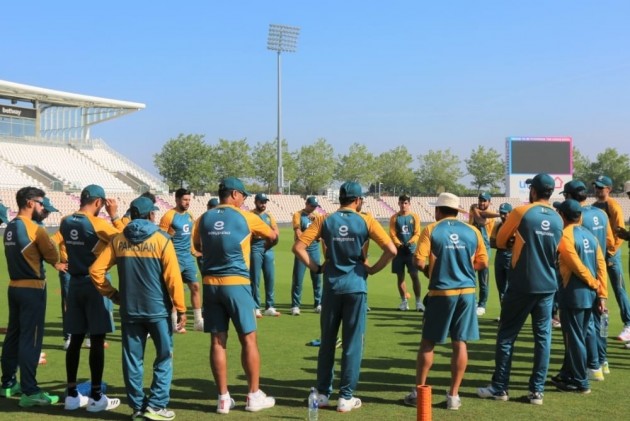 A rare winning start to a test series isn't stopping the questions from mounting up for England cricket captain Joe Root.

Can Jos Buttler still be trusted as the wicketkeeper? How much has fast bowler Jimmy Anderson left in the tank? How best can fellow paceman Jofra Archer be utilized?

And, perhaps most significantly of all, how does England go about replacing Ben Stokes? The second test against Pakistan starts in Southampton on Thursday with England having won the opening match of a series for the first time in six.

Another victory will clinch a first test series against Pakistan in 10 years — and a second series of this pandemic-affected summer, having already beaten the West Indies — but Root's team has issues to address.

For starters, Stokes, the world's No. 1 allrounder, will be missing because he has returned to New Zealand for family reasons. It deprives England of a player who often digs the team out of trouble — with ball or bat — and will lead to a more specialist batsman, likely Zak Crawley, being added to the lineup.

Buttler should keep his place despite missing three chances behind the stumps in the first innings — two against opener Shan Masood who went on to make 156. The wicketkeeper also made amends for a falling batting average by scoring a crucial 75 as England successfully chased down a target of 277.

His batting is set to ensure he staves off being replaced by fellow gloveman Ben Foakes despite his rival typically being more accomplished behind the stumps.

A big debate now centers on the makeup of England's attack, given the quick turnaround of games — the three tests this series take place in successive weeks — and Anderson's acknowledgement that his radar was off at his Old Trafford home ground where he took one wicket across two innings.

England's all-time leading test wicket-taker was rested for the second test against the West Indies and selectors could follow a similar path a month later, especially considering Anderson's recent history of injuries.

Mark Wood would be the natural replacement on the Rose Bowl's fast track, while the uncapped Ollie Robinson is another alternative.

Archer has been used to open the bowling and as first change this summer, but Root gave English cricket's new star only five overs in the second innings of the first test. England seem increasingly unsure of how to get the best out of Archer, who has been overshadowed by Stuart Broad and Chris Woakes in recent weeks.

So it will be intriguing to see what pace attack England goes with — and the same applies for Pakistan as the tourists seek a way back into the series after letting the advantage slip at Old Trafford.

Pakistan opted for an additional legspinner in allrounder Shadab Khan, who was utilized for only 11.3 overs in the two innings, and he could be replaced by Faheem Ashraf, a left-handed batsman and a right-arm medium fast bowler.

Azhar Ali will be under scrutiny for his captaincy and his batting after underwhelming with both in the first test.

It can be argued he was too cautious while defending a sizeable target of 277 runs on a wearing pitch, with Pakistan letting the game slip away despite reducing England to 117-5 on the fourth day as frontline legspinner Yasir Shah was held back nearly 40 minutes after tea.

Before that, Pakistan could have easily batted England out of the game after getting a 107-run lead in the first innings.

Meanwhile, Ali's batting form is in sharp decline, with the captain scoring only 139 runs in his last 12 away test innings, without a single half century. That run includes three ducks, the last one in the first innings at Old Trafford.

"After playing international cricket for 10 years, I understand when I need to take certain decisions," Ali said.

"When I bat, I'm not thinking about the captaincy, whether or not I'm out of form. And when I'm captain, I don't think about my batting at all, whether I scored a 100 or 0."

England Vs Pakistan, 2nd Test: Where To Get Live Streaming