West Indies are gearing up to compete against England in a three-match Test series, beginning July 8. However, the matches will be played behind closed doors due to the concerns regarding the spread of coronavirus. 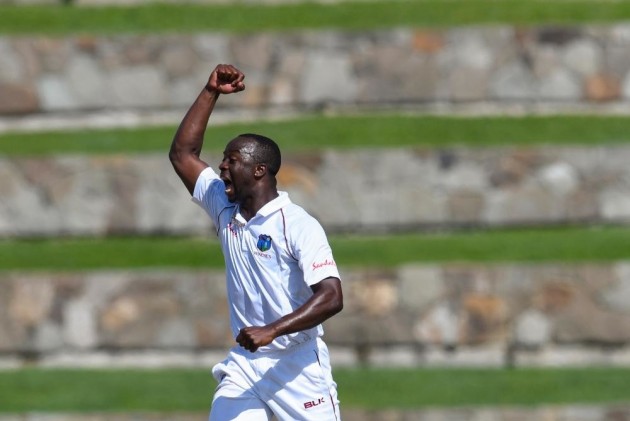 West Indies player Kemar Roach has issued a warning to fellow Barbadian fast bowler Jofra Archer saying that there will be no room for friendship and his team will focus solely on winning against England.

"Jofra has made his decision and I think he's done a fantastic job so far in his career but obviously there's no friendships and stuff in this series," ESPNcricinfo quoted Roach as saying.

"It's all about winning and playing hard cricket so when we come up against Jofra I think we'll devise a fantastic plan to counter him. I'm looking forward to that battle and the rest of the team, I'm, sure are doing the same," he added.

West Indies are gearing up to compete against England in a three-match Test series, beginning July 8. However, the matches will be played behind closed doors due to the concerns regarding the spread of coronavirus.

Moreover, the bowlers will not be allowed to shine the ball with saliva due to the same reason.

Reflecting on the same, Roach admitted that the prohibition of using saliva on the ball is going to be "tough" on bowlers.

"The atmosphere out here is pretty chilly so there's not much sweat that you can produce. There's plenty of other ways to shine the ball. No saliva's allowed so it's pretty tough but we're coming up with some ways that we can probably get a good gloss onto the ball," he said.

"It takes a lot more practice but we're going to keep working at it and then we'll see what's the best way going forward," Roach added.