Kolkata Knight Riders looked on course for an easy win of Mumbai Indians in the 5th match of Indian Premier League (IPL) 2021, but ended up losing by 10 runs 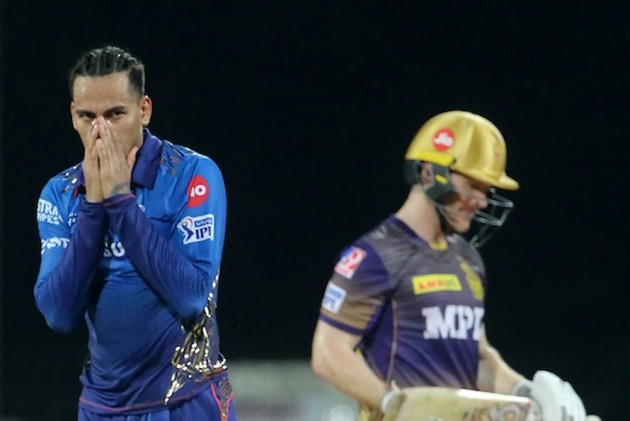 Kolkata Knight Riders (KKR) were on course for back-to-back wins in the Indian Premier League (IPL) 2021, but ended up suffering yet another defeat to Mumbai Indians (MI) as the defending champions made a stunning comeback while defending a below-par total of 152 runs at MA Chidambaram Stadium, Chennai on Tuesday. And the KKR captain Eoin Morgan was honest in his assessment.

"Yes, disappointing (to lose). We played some really good cricket for most parts of the game, we looked comfortable in the chase, but they are a strong team, came back well and sad that it didn't work out for us," Morgan said after the defeat.

Morgan won the toss and opted to field first, fielding the same XI which defeated Sunrisers Hyderabad in their season opener by 10 runs at the same venue on Sunday.

And the two-time champions, courtesy a five-wicket haul from Adre Russell and a brace from Pat Cummins, dismissed Rohit Sharma & Co to 152. The chase was got off to a confident mode with Nitish Rana (57 off 47) and Shubman Gill (33 off 24) adding 72 runs in 8.5 overs.

"We made a few mistakes and will need to sort that out. A perfect game needs to be bold, it came to cost us in the last 10 overs of the game," said Morgan.

At one point, they needed 31 runs with six wickets in hand, but somehow, conspired to lose the match by 10 runs.

Next, they will face Royal Challengers Bangalore in the 10th match of the IPL 2021 at the same venue on Sunday (April 18).