Eoin Morgan, who led England to their maiden Cricket World Cup win earlier this month, said it would be a "big commitment" to continue until the showpiece event in 2023, with next year's T20 World Cup a "more realistic" target. 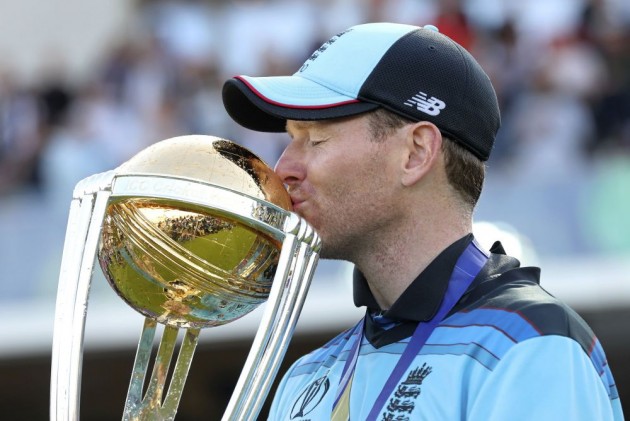 Eoin Morgan says he has not yet decided whether to remain as England's white-ball skipper following their dramatic Cricket World Cup win against New Zealand.

Morgan, 32, told BBC Sport it would be a "big commitment" to continue until the 2023 World Cup, with next year's T20 World Cup a "more realistic" target.

"I don't think I'm in a good state to make a decision at the moment, just simply that I haven't had a chance to get away from the madness and the craze of winning the World Cup," said Morgan.

"I've not been able to get into a logical mindset and actually ask myself a couple of questions.

"It's taken a huge amount out of me, both mentally and physically, so once everything calms down over the next couple of months I'll hopefully come to a decision that at the forefront of it will be my family and the team."

England suffered a humiliating group-stage exit at the 2015 World Cup in Australia and New Zealand just weeks after Morgan was appointed as the 50-over captain.

But under his leadership they climbed to the top of the international rankings and also reached the final of the World Twenty20 in 2016.

Head coach Trevor Bayliss, another architect of England's success, will leave his position after the upcoming Ashes campaign.

Asked if England's World Cup triumph, and the remarkable circumstances in which they won it, had sunk in yet, Morgan said: "No, I think it will take time. The madness has been taken to a new level everywhere I go."

Ireland-born batsman Morgan will lead the Dublin franchise in the inaugural Euro T20 Slam, a new 20-over league featuring six teams in Ireland, the Netherlands and Scotland.

The 32-year-old Dubliner was the star attraction at the tournament's first draft in London on Friday, when more than 100 international and domestic players were selected for the Amsterdam Knights, Belfast Titans, Dublin Chiefs, Edinburgh Rocks, Glasgow Giants and Rotterdam Rhinos.

"It's important to lay a platform to give people opportunities to play on a more consistent basis against some of the best players in the world," Morgan said at the player auction.

"It's brilliant and I think there's a market for it as well."

The Euro T20 Slam, bankrolled by Indian money, begins on August 30 and runs until September 22.